The court will be able to use these extensions as they see fit. There will be no need to have more than one judge hearing the case extensions, but if a judge wishes to invoke a restriction order he must call in the other judges within 15 days. The new law will also make it more difficult to appeal a restriction order.

The bill passed its second and third readings late last night 11-1 and 9-1, respectively. Ultra-Orthodox MK Maklev (United Torah Judaism), who was running the session as Deputy Speaker, was the sole MK to oppose the bill. He did not provide a reason for his objection. 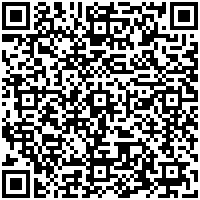