A couple of recent columns that were less than laudatory to the 39th president of the United States provoked some interesting reader responses. If laughter is indeed the best medicine, the Monitor ought to bottle this stuff.

Here’s an e-mail from Betty G., who says a friend e-mailed her one of the Monitor’s anti-Carter pieces and prefaces her remarks about Carter with a rant against Orthodox Jews for “ruining Israel.”


For the first twenty years or so of its existence, Betty explains, “Israel was a secular country which, while throwing a bone or two to the religious element on things like Sabbath observance and kashruth, was by and large defined by its vibrant, freethinking, secular populace. This has changed dramatically over the past couple of decades with the growth of the Orthodox and their increasing stranglehold over important Israeli institutions, including the IDF.”

As for Carter, the comic-book character Betty Cooper never swooned over Archie Andrews as embarrassingly as our Betty swoons over the liver-lipped scold from Plains:

“President Carter is my definition of a real man: Forthright, fair-minded, honest, of high moral character, and just plain good. He commands your respect. He has an air of masculine authority seasoned with an endearing trace of humility. When I see him on TV, I can swear there’s a glow emanating from him.”

Whew! Someone’s apparently been reading a tad too many romance novels. Reader, despite what many may choose to believe, the Monitor is not without compassion. A prompt response went out to Betty recommending a therapeutic cold shower and suggesting she submit to a thorough eye examination or have her TV checked – preferably both.

Next up is Martin K., whose rich imagination is filled with images of Fireman Jimmy carrying him out of a burning building and Skipper Jimmy rescuing him from a remote desert isle and…oh, dear, the Monitor doesn’t like where this is going:

“First,” writes Martin, “you trash President Carter in your Media Monitor column of Nov. 24 (“Jimmy Carter’s Jewish Problem”) and then you have the nerve to rank him as the worst president ever in terms of his relationship with Israel (“Ranking the Presidents”) in your Jan. 12 column. How dare you?

“I would trust my safety and the safety of the Jewish people with Jimmy Carter any day of the week over any and all of the presidents you rank ahead of him. If I were trapped in a fire and had to pick a president to get me to safety, my choice would be President Carter. If I were stranded on a desert island and had the choice of any president to keep me company and figure a way out, it would be President Carter hands down.”

The Monitor thought it best not to respond to Martin. Nothing concrete, mind you, just a hunch.

Lawrence W., a self-described progressive who considers himself “a citizen of the world rather than of a particular country and a member of the human race first, Jewish race second,” combines an encomium to Carter with an attack on Israel:

“I was never so proud to be an American as I was when Jimmy Carter was president,” Lawrence informs us. “Mr. Carter is a great humanitarian whose heart goes out to the stateless Palestinians who are herded like zoo animals behind the security wall; harassed at checkpoints; humiliated in countless ways, small and large, on a daily basis; killed indiscriminately every time the IDF decides to mount an incursion onto Palestinian territory; forced to live lives of poverty and misery because the Israelis refuse to grant them the same sovereignty that we Jews begged, pleaded and prayed for during the course of our exile.”

Finally, we hear from Louise P., someone who appears to confuse Judaism with something she read in a New York Times editorial or quite possibly heard from some Reform rabbi named Ellen at a community center kumzitz:

“Being pro-Israel does not mean kowtowing to Israeli politicians – it means insisting that Israel behave like an ethical nation, seeking peace, agreeing to compromise, and being a ‘light unto the nations’ by following the precepts of Tikkun Olam on which the Torah is based. So, according to our own tradition, there is no one more pro-Israel than Jimmy Carter.” 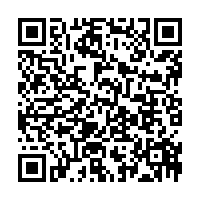