A new biography of the late Walter Cronkite has forced even admirers of the iconic CBS anchorman to reassess the man long held up as a paragon of journalistic ethics and objectivity.

Newsweek media critic Howard Kurtz, for example, writes that in reading Cronkite, by the historian Douglas Brinkley, he “came to realize that the man who once dominated television journalism was more complicated – and occasionally more unethical – than the legend that surrounds him. Had Cronkite engaged in some of the same questionable conduct today – he secretly bugged a committee room at the 1952 GOP convention – he would have been bashed by the blogs, pilloried by the pundits, and quite possibly ousted by his employer.”


Kurtz also notes that in 1968 Cronkite secretly met with Robert Kennedy and urged him to run in the Democratic primaries that year against President Lyndon Johnson. “Soon afterward,” writes Kurtz, “Cronkite got an exclusive interview in which Kennedy left the door open for a possible run – the very candidacy that the anchor had urged him to undertake. (Kennedy announced three days later.) I am shaking my head at the spectacle of a network anchor secretly urging a politician to mount a White House campaign – and then interviewing him about that very question. This was duplicitous, a major breach of trust.”

It was Cronkite’s good fortune that his heyday came and went in the era prior to the arrival of cable news, talk radio and the Internet. In that far-off time, Americans watching television had to settle for the Big Three networks and a smattering of local stations. There was little recourse for viewers who weren’t comfortable with the narrow worldview promulgated by a relatively small group of liberal middle-aged white men living and working in close proximity to one another within a few square blocks of prime Manhattan real estate – a neighborhood, if one can call it that, as unrepresentative of America as any neighborhood could possibly be.

In such a homogeneous media universe, it was easy for someone like Cronkite to assume that whatever he passed along to Mr. and Mrs. America would be accepted as unvarnished truth, free of any bias or spin.

In the years following his retirement in 1981, Cronkite revealed himself to be the liberal many of his critics always suspected him of being, which was his right, of course, but it does raise questions about the slant and emphasis he brought to the job when putting together newscasts in the tumultuous Vietnam/Watergate years.

Cronkite also revealed a daffy side, as when he responded to a question from Esquire magazine in 2006 about whether Oprah Winfrey would make a good president. “Well, apparently so,” he responded. “She seems to have an understanding of our problems. A great deal of that probably comes from being African-American and suffering the indignities of that. And se certainly has shown that she has a literate approach to solving problems. So I’d like to think she’d make a good president”

This is the same Cronkite who, when a new videotape from Osama bin Laden surfaced a few days before the 2004 presidential election, saw it as some nefarious plot hatched in the bowels of the Bush White House. Appearing on CNN’s “Larry King Live” on the Friday immediately preceding the election, Uncle Walter formally linked hands with the nuttiest of conspiracy-mongers:

“So now,” Cronkite told King, “the question is, basically, right now, how will this affect the election? And I have a feeling that it could tilt the election a bit. In fact, I’m inclined to think that Karl Rove, the political manger of the White House, who is a very clever man, that he probably set up bin Laden to this thing.”

So it was all a Karl Rove production, according to the Crank named Cronkite. Can you picture the scenario? Karl Rove, anxiously pondering the latest tracking polls, puts in a call to bin Laden, hiding in a cave somewhere in scenic Afghanistan, and asks him to give Bush a boost by releasing a video.

That’s the way it was, apparently, inside the mind of one of the most undeservedly over-hyped men of his generation.

Kabul Has Fallen, US Negotiating Transfer of Power to Taliban 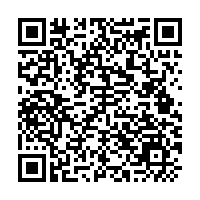