I was surprised to see a headline at Jewishpress.com about Jewish groups that are concerned about Congresswoman Michele Bachmann’s efforts (Jewish Groups Say Michele Bachmann Endangers Religious Freedom). Just the week before last, I was inspired by this same representative, as she gave the most pro-Israel speech of the pro-Israel CUFI conference in Washington DC. She is unquestionably a devoted friend of Israel.

The headline grabbed my attention, so I read further into the article – which turned out to have been copied and pasted from the left-wing liberal JTA. The Jewish group similarly criticized representatives Louie Gohmert and Trent Franks, also known supporters of Israel. This, again, was very strange to me. I had just met both of these congressmen at pro-Israel events in Washington just a few days before. Louie Gohmert has visited the Shomron and met with our rabbis and local leaders, confirming his unflagging support for Israel. Of all the pro-Israel members of congress, I doubt if more loyal friends than these three can be found. They are the types of people who are ready to offer help when we call. And to be sure, they are not relying on the Jewish vote to be reelected. Supporting Israel is a basic value for them; no other incentive is needed to get them on board.

But I asked myself: “Who are these Jewish groups that see these representatives as a threat to religious freedoms? And what rights do they fear are being threatened?”

When I looked into the backgrounds of these “Jewish” organizations, I was even more surprised – and disappointed – that an established and respected Jewish publication like The Jewish Press would give a platform to groups like The Reconstructionist Rabbinical College and The Society for Humanistic Judaism.

For The Jewish Press to call these types of organizations ‘Jewish groups’ in this context is somewhat misleading. They are far from representing the traditional Jewish perspectives and values. They very well might have noble values, but not traditional “Jewish” values, per se.

From the mission statement of The Reconstructionist Rabbinical College, we learn that they are a group “where people connect on their own terms and help create the Judaism they want.” The second group clearly declares in their mission statement that they are “independent of supernatural authority.” Not only do they not believe in God – they won’t even say the word.

Those two are the most spiritual of the bunch. The others are Jewish groups that deal with fighting for human rights in Africa and women’s empowerment. These are hardly to be considered mainstream groups representing the core traditional Jewish values based on Torah and rabbinical direction.

Now, to address the point that these groups were concerned with: Bachmann, Gohmert, and Franks set out to inquire if people with strong ties to the Muslim Brotherhood were working within the U.S. State Department? If true, this should be a major security concern for all Americans.

This has nothing to do with religious freedoms at all. The Muslim Brotherhood is not a men’s club, parallel to their Temple’s brotherhood. Their activities are not limited to getting together for Sunday brunch to eat bagels and lox. The Muslim Brotherhood is the parent organization and inspiration for Al Qaeda, Hamas and Islamic Jihad. They literally preach world domination by Islam, through whatever means necessary.

The person mentioned in the representatives’ inquiry is not a very observant Muslim, and the inquiry did not refer in any way to her religious observance. What was in question is her very close family relationship to leading figures in the Muslim Brotherhood.

Also surprising and disappointing is the fact that The Jewish Press mentioned in passing that this Muslim woman, who is a top aide to Secretary of State Clinton, is married to a former congressman who himself happens to be Jewish. It does not mention that this man brought shame on himself and was impeached for sending pictures of his private parts to young women via text messages.

So, in summary, The Jewish Press, by publishing JTA items ‘As is,’ gave credibility to a shamed public figure who is Jewish and married out of faith, while at the same time criticized the best friends that Israel has in Congress.

The Jewish Press should be more mindful before cutting and pasting from liberal news sources whose agenda is not in line with the Torah values expected from a fine Jewish publication.

Apologies to our friends are also in order.

For a response from The Jewish Press online’s Front Page Editor Yori Yanover go to: “Thanks for the Criticism, David Ha’ivri, But I Think We Were 100% Right.” 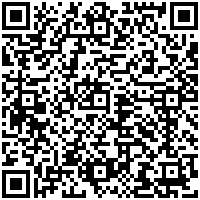