When I was applying for a job working for Rav Adin Steinsaltz back in 1990, one of the questions he asked me was whether I had served in the Israeli army. Assuming the rabbi was from the haredi camp, and because I had just come from years in the yeshiva world, I provided the answer I thought would surely win me points. I told him how I had cleverly avoided being drafted, even though I had lived in Israel for many years.

To my horror and embarrassment, this was the wrong answer. In his quirky kind of way, only partially visible behind the smoke pillar rising from his pipe, he told me of a man he knew, a survivor of the Holocaust, who had been subjected to Nazi medical experiments. Both his arms had been taken off his body and reattached upside down. The man made aliyah and desperately wanted to join the IDF but was rejected because of his handicap.


The man trained day and night, teaching himself how to hold and operate a rifle, to the point where he was ultimately accepted not just into the army but into a sharpshooter squad.

Having finished the story, Rav Steinsaltz looked directly at me and asked, “And you are proud you got out of the Israeli army?”

The following year I was drafted again, at the time of the first Gulf War. They didn’t have to ask twice – I was there.

Our unit was comprised of a bunch of folks known as shlav bet (second rate), all religious and hailing from America, Europe and Israel. Our officer, a chiloni (non-religious person) from Tiberias, had never met a shomer Shabbat Jew before – let alone yeshiva bachurim, Chabadniks, and who knows what else thrown together in this misfit unit.

It was cold and windy in the middle of the winter at our base deep in the West Bank. None of us had the stamina for this kind of thing. Our officer was clearly frustrated with our morale, quipping “In this army we have the proud Givati and Golani army units, but you guys are the Gevalti!

And then everything changed. We were to practice throwing live hand grenades and had been given strict instructions not to pull the pin until told to do so. Suddenly we head a yell. A guy who couldn’t see his toes because of the size of his belly had pulled the pin without being told to do so, and when the officer screamed at him he dropped the grenade – whereupon it bounced forward off his stomach.

Without any hesitation, our officer dove onto the grenade. Did it matter to him that we were religious and he was not? Did it matter if we were from the political left or right? No – we were his brothers living with him in the Land, no questions asked.

As we all realized what had happened (thank God the grenade was a dud), we fell on our officer, weeping like babies.

From that moment on, the green IDF uniform became my new Jewish star worn by heroes and by my family, no questions asked.

A week later, our graduation tekes (ceremony) took place. The head officer told us we were all to sing Hatikvah or there would be severe consequences. As we stood there on the same hill our forefather Jacob slept on when he dreamed of the ladder, I began to daydream about our God-given homeland of Israel and what a blessing it was to be here.

I held a rifle in one hand and a Tanach in the other as the music for Hatikvah played. All the men – beards, payos and all – sang from the bottom of their hearts. All the men but me. I couldn’t make a sound. I was frozen in the awesomeness of the moment. The officer noticed I was the only one not singing and started coming straight at me. At that moment I burst out crying. I was so happy. I was so moved. I was so proud.

This feeling came back a second time when one of my children was accepted into an elite unit of the Golani forces. Attending his tekes up north, with burning logs in the middle of a cold night and hundreds of angels-in-the-form-of-soldiers taking their oaths, I spotted some other fathers I knew, also from the “yeshiva camp,” whose kids were there. The light in those fathers’ faces revealed their deep inner joy.

If I were a great rebbe, I would tell the yeshiva world to volunteer for the IDF by the tens of thousands. Take control of the kashrut and Shabbat situation (which really isn’t so bad to begin with) and show your less religious brothers how much you love them. Tell them you’d even dive on a grenade, if need be, without a second thought.

At the same time that you enter into their world, invite them to your world – to the bet midrash; to your home for Shabbat; to your rabbi’s drasha; not to “make them religious” but to open your world for them to better understand from where you are coming. This will unify the Jewish people. Our number one weapon is unity. The day the yeshiva boys go to the army and the army comes to the yeshiva, put on your Shabbat clothes because Mashiach will be here. 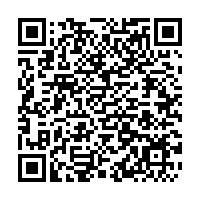