Once again, an American administration is begging Abbas to put on his “moderate” mask, and not to “exacerbate” the situation with an inflammatory speech or with extreme moves against Israel. What difference does it make whether Abbas gives a “moderate” speech at the UN next week? His obstructionism is constant.

Next week, Palestinian Authority leader Mahmoud Abbas will once again stand at the rostrum of the United Nations General Assembly. Once again, an American administration is begging Abbas to put on his “moderate” mask, and not to “exacerbate” the situation with an inflammatory speech or with extreme moves against Israel.

I say that this not a real test of presumed Palestinian moderation. The real question is: How far can Abbas go in opposing real negotiation and compromise, encouraging violence, venerating terrorists, and pushing the criminalization of Israel internationally – while still being considered a paragon of peace by the global community?

Consider: For almost two decades, Israelis have been told that Mahmoud Abbas was the most reasonable Palestinian leader they could hope for; that he was Israel’s best partner for peace; that he was the moderate with whom a grand compromise deal could be reached. Israelis wanted to believe this so much.

Ever since then, Abbas has used every international forum to spew forth extremist vitriol against Israel and seek the criminalization of Israel. His record of speech-making at the UN General Assembly (UNGA) is particularly appalling.

In his 2011 speech at the UNGA, Abbas called Yasser Arafat a man of peace. He spoke of Israel as a “brutal,” “aggressive,” “racist,” “apartheid,” “horrific” and “colonial” military occupier. He accused Israel of a “multi-pronged policy of ethnic cleansing” and of “targeting Palestinian civilians by assassinations, air strikes and artillery shelling.” He spoke of Christian and Muslim historical connections to the Holy Land – and only theirs. And, most tellingly, he spoke of 63 years of Israeli occupation, implying a threat to the sovereignty of pre-1967 Israel.

In 2012, Abbas sought to turn the established framework for peace upside-down; to get his statehood “declared” by the international community without having to compromise with Israel; to claim the result of the peace process without having to engage in any process.

He called upon international community to “compel” the government of Israel to respect the Geneva Conventions and “impose” a solution on Israel. Abbas then accused Israel of numerous crimes, including ethnic cleansing, terrorism, racism, inciting religious conflict, apartheid, house demolitions, dispossession, imprisoning “soldiers of freedom,” settlement colonization and more.

In 2013, Abbas told the UNGA that Israel is preparing a new “nakba” for the Palestinians. He demanded that the UN invoke “the full and complete implementation of international law” to penalize Israel’s presence as an occupying power in Palestinian territory. He threatened to indict Israel in the International Criminal Court.

In 2014, Abbas stood before the UNGA and accused Israel of waging a “war of genocide” in the Gaza Strip. He said that instead of rectifying “the historic injustice” of the 1948 “Nakba” (again, note the reference to 1948, not 1967), Israel had committed “absolute war crimes” and “state terror.” He went on to rant about “racist and armed gangs of settlers who persist with their crimes against the Palestinian people, the land, mosques, churches, properties and olive trees,” and talked about a “culture of racism, incitement and hatred” in Israel.

Even Tzipi Livni was forced to call this a “horrible” speech, and the Obama Administration State Department spokesman admitted that the speech was “unhelpful” and worthy of “concern.”

(But note: Barack Obama and John Kerry did not rush to publicly reprimand Abbas, as they notoriously did repeatedly with Netanyahu over much lesser offenses).

In 2015, Abbas accused Israel of plans to “undermine the Islamic and Christian sanctuaries in Jerusalem,” and he took to explicitly exhorting and inciting Palestinian violence against Israel in Jerusalem. “We must prevent the settlers from entering the Noble Sanctuary in any way. This is our Al-Aksa and our church. They have no right to enter and desecrate them. We must confront them and defend our holy sites,” Abbas fulminated.

Abbas’s intemperate rhetoric essentially paved the way towards the attempted assassination of Yehuda Glick, and it gave a Palestinian Authority presidential imprimatur to this year’s attempts to turn the Temple Mount into the hottest battleground between Israel and the Arab world.

He also warned that the PA was not any longer bound by Oslo Accords.

In 2016, Abbas demanded that Britain apologize to the Palestinian people for the “catastrophes, miseries and injustices” of the Balfour Declaration. He continued to rant about Israeli “aggression and provocations against the Holy Al-Aqsa Mosque,” and even wildly accused Israel of extrajudicial executions.

So, what will it take for the Israeli Left and the international diplomatic community to move beyond Abbas and consider other options?

This is an important question because of a critical historical precedent.  Israel suffered similarly with Yasser Arafat during the Oslo process. Then too, the Left and the Clinton administration become so attached to the Palestinian leader and the concept of negotiations with him that they ignored his support for terror and his stoking of hatred for Israelis and Jews.

When critics of the Oslo process brought up evidence of Arafat’s actions they were dismissed as enemies of peace. Any attention paid to Arafat’s “flaws” was considered a distraction from the need to concentrate on advancing peace negotiations.

The same pathetic process is repeating itself with Abbas. His extremism is ignored; his obstructionism is overlooked; his corruption tolerated; his crackdown on democratically-minded critics is dangerously disregarded.

And yet, everybody waits with baited breath to see whether, under Trump administration pressure, he’ll give a “softer” speech at the UN next week.

Does it make a difference?

“Deal of the Century”: A Stimulus, NOT a Blueprint 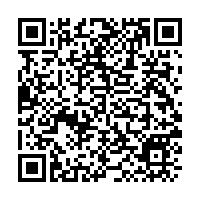