Over the past few days, according to a Sunday morning Army Radio report, an idea has been formed between the White House and Jerusalem, according to which Israel will present to the Americans an appendix, to be sent to the Iranians, demanding a number of changes to the 2015 agreements reached between the Islamic Republic and the superpowers.

According to the same report, Israel is trying to convince the Americans to declare sanctions against Iran should the Islamic Republic decline the US demands.

Israel understands that reopening the nuclear agreement with Iran officially in order to introduce amendments is impossible, mainly due to opposition from China and Russia, therefore the plan is for the Americans to demand that Iran receive the appendix which will include, for instance, the abolition of the prohibition on supervision of advanced Iranian centrifuges facilities. If Iran refuses to accept the appendix, the US Congress will announce a new wave of sanctions against Tehran.

According to Channel 10 News, the Iranian issue will be at the heart of the meeting between Trump and Netanyahu on Monday, on the sidelines of the UN General Assembly. During the meeting, the prime minister intends to express his concern over the Iranian encroachment on the border between Israel and Syria, with the aim of formulating a unified position with the administration on all the aspects of the Iran issue.

Netanyahu told reporters in New York after arriving there from a visit to South America, that “Israel will not tolerate Iranian consolidation on our northern border, a consolidation that threatens our Arab neighbors, and we are prepared to act against it.”

Former US Ambassador to Israel Dan Shapiro told Army Radio it would be very difficult for the US to alter the Iran deal at this stage. He also suggested that if Trump decides to eliminate the nuclear deal, and also fail with curbing North Korea, “we will deal with two [rogue] nuclear states in less than a decade.”

Sources close to President Trump said that the new sanctions that are being planned against Iran were outside the framework of the nuclear agreement. One of them would be to declare the Revolutionary Guards a terrorist organization. Trump should make a decision on that declaration by mid-October. 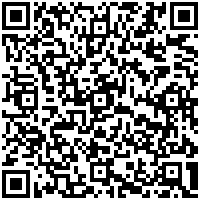