When most people think of the refugee ship “Exodus,” the Paul Newman movie and Leon Uris novel on which it was based come to mind. But not many people know that one of the heroes behind the real-life Exodus was American businessman Dewey D. Stone.

Stone’s role in purchasing ships and weapons—under the nose of the FBI—and helping to orchestrate the founding of Israel is the subject of a new documentary, “The Dewey Stone Connection: From Exodus to Independence.”

The film is the result of a five-year effort headed up by Walter M. Newman, who grew up a few blocks from Stone’s house.

Newman – a retired official with the Environmental Protection Agency who helped supervise the Boston Harbor cleanup – was researching the founding of Israel and noticed that Stone’s name “kept popping up,” he said in a phone interview in January shortly after the film’s first public showing and a month before his death at age 76.

Newman scoured the records at the American Jewish Historical Society office in Boston, where Stone’s papers are archived. “There were so many things, so many wonderful things,” he said. “It was an eye-opening experience.”

Stone was swept up in the cause of the Palestinian Jews after hearing a speech in 1940 by Chaim Weizmann, the head of the World Zionist Organization and later the first president of Israel. A renowned chemist, Weizmann was in Boston drumming up support for a research university in a future Jewish state.

After his talk, Weizmann invited Stone and a few others back to his hotel room, where they chatted until the wee hours of the morning. The next day, Stone drove Weizmann to Harvard, where he was giving another speech. On the way, they stopped in front of the Massachusetts Institute of Technology – the very model of the university Weizmann sought to build.

After the war, as the full extent of the Holocaust became apparent, Stone worked behind the scenes on both military and diplomatic efforts to forge a Jewish state.

Suspecting the FBI was tapping his phone, Stone made calls from his sister’s house to procure ships and surplus U.S. weapons. In the documentary, nephew Ted Teplow, of Cambridge, Mass., recalls being up in his bedroom doing homework and overhearing his uncle on the phone. “We were all told not to talk about it,” Teplow, now 84, said in a phone interview.

Unlike in the 1960 movie, the real Exodus, carrying Holocaust survivors from France to Palestine in 1947, was rammed by a British destroyer just a few miles off the coast of Palestine, then under British control. Its 4,500 passengers were sent to a displaced-persons camp in Germany, the very nation that had persecuted them. Eventually, the majority of passengers settled in Israel. Meanwhile, worldwide outrage over the refugees’ plight helped bolster the push to partition Palestine into Jewish and Arab states.

Stone also played an important role in that push. His brother Judge Harry K. Stone had become acquainted with Anastasio Somoza when the Nicaraguan dictator was in Boston for surgery in the 1930s. At the time, the Stone family owned Converse Rubber Co., maker of raincoats and shoes (and later, most famously, Chuck Taylor sneakers).

The brothers thought it would be good publicity for the company to host a reception for Somoza. Somoza, who had been miffed that the U.S. government had ignored his presence, was delighted by the attention and became close friends with Judge Stone, naming him honorary consul. That relationship paid off a decade later when Dewey and Harry Stone enlisted the Somoza regime to rally Latin American support that proved crucial for UN approval of the partition plan.

But just a few months before Israel was to declare independence, the State Department persuaded President Truman to reject its recognition. Truman went so far as to shut the White House doors to Zionists. Weizmann, who was waiting anxiously in New York, expressed his frustration to Stone in a meeting on March 12, 1948. That night a visibly shaken Stone returned to Boston, where he was honored at a B’nai B’rith dinner along with Frank Goldman, the national head of the organization.

Hearing about Weizmann’s predicament, Goldman said he might have a solution. He had just attended a Kansas City B’nai B’rith event recognizing Eddie Jacobson, who had been Truman’s partner in a clothing store business. Why not see if Jacobson would intervene with his old pal, Goldman suggested. 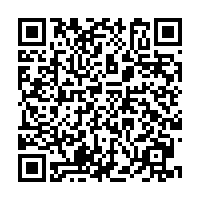