It’s human nature to hide our heads in the sand. That may be because we are mostly optimistic. We believe everything will be all right even when we know we are taking a chance.

On the flip side, it’s emotionally very difficult to admit we have a problem. We are worried about how others will regard us. Moreover, addressing a problem entails gathering strength to go about solving it. It’s so much easier to hide our heads in the sand.


About ten years ago, at a rabbinic convention in Israel, I was introduced to a well-known American Orthodox rabbi as a to’enet rabbanit – rabbinical court advocate. The rav politely asked me what I do. I briefly explained how I work with dayanim in Israeli batei din on cases of Get-refusal they have difficulty resolving. I stressed my focus on prenuptial agreements to prevent the agunah problem from arising in the first place, through the Council of Young Israel Rabbis in Israel.

“Oh, I know all about prenups” the rabbi replied. “My daughter just got married but I didn’t tell her to sign one. We don’t need these things.”

This rav, one of the most effective leaders in the American Orthodox world, did not recognize the very real agunah problem in his community. In fact, I have received cries for help (even though I am in Israel) from women who belong to every manner of Orthodox community in the U.S., from chassidishe and haredi to Modern Orthodox and everything in between.

Truth be told, it is difficult for a rav to admit publicly to a problem of Get-refusal in his community when no one is admitting it in the other communities. It is more comforting to imagine that should an agunah case arise, the community will take care of it. However, individuals who begin to tread the path of a me’agen are becoming more and more resistant to communal pressure or even rabbinic influence.

By recognizing the potential for the problem and arranging the signing of prenuptial agreements for its prevention, communal and rabbinic influence can be restored. The problem needs to be prevented from taking root in each individual case before it is too late.

Nevertheless, the practice is to hope for the best, rationalizing the agunah problem with statistics. “What,” we think, “are the chances of this happening to me or to my daughter?”

And yet our communities have overcome deep-seated reluctance in order to deal with other widespread problems. To cut down on the number of cases of genetic disease afflicting the Orthodox community, for example, practical yet dignified solutions were found. The community needed to find a way to assist individuals on a communal level and so now many Orthodox educational institutions routinely bring professionals into twelfth-grade classes to administer blood tests.

In this manner, the individual understands the implicit stamp of approval by the rabbanim and the fear of “what will others think?” is erased, since all are working toward the prevention of the problem.

Similarly, the leadership of each of the various Orthodox communities can make practical arrangements for prenup education with every educational institution – high school, yeshiva gedolah, seminary or college.

A service should be provided whereby every student, man or woman, who becomes engaged is called in. The school’s rabbi or counselor can present the couple with a halachic prenuptial agreement together with an explanation, and arrange for notarization services in the school’s office. In this manner the community will quickly understand that all are expected to sign a prenuptial agreement. It will become “automatic” – one of the things you have to arrange before you get married.

Even those who marry later, while no longer under the aegis of educational institutions, will remember to sign a prenuptial agreement since it will have become a standard part of the shidduch process.

Twenty-one rabbanim of one of Americas’ Orthodox communities – roshei yeshiva of Yeshiva University – recently signed a (second) kol koreh calling on all rabbis and the Orthodox community to promote the standard use of a halachic prenuptial agreement. They were spurred to do so by the Organization for the Resolution of Agunot. There are those who may feel YU or ORA is not their derech, but that does not relieve them of the responsibility to address the agunah problem in their own communities. 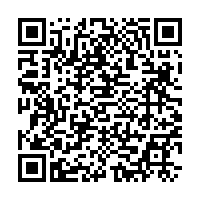