The Book of Exodus opens with the information that in accordance with the divine promise to Abraham, the sons of his grandchild Israel have swelled to become a people. For the Egyptians this evolution is threatening.

In the nineteenth century b.c.e. increasing numbers of Semites from Canaan immigrated into the eastern Nile Delta. Referred contemptuously by the Egyptians as “Hyksos,” “rulers from foreign lands,” their brief occupation of Lower Egypt was, in the words of the late Brandeis University Bible Studies professor Nahum M. Sarna, a shameful humiliation for the Egyptians, one that had a profound effect upon the national psychology.

“the danger of foreign invasion, especially from Asia via the eastern Delta, haunted Egypt thereafter and could never again be smugly ignored or underestimated”

The fact is that the Semitic population was not driven out of that region with the expulsion of the Hyksos rulers, and it continued to reside there during the 18th and 19th Dynasties.

It is against this background that the opening chapter of the Book of Exodus becomes comprehensible.

Quite understandable is the anxiety of the new pharaoh about the rapid growth of the Israelite presence in the strategic Delta region.

Aiming to keep the increasingly powerful Israelites from developing their full strength the Egyptian pharaoh throws them into forced labor.

As verse 12 of chapter one of the book of Exodus tells us:

The more they were oppressed, the more they increased and spread out, so that the [Egyptians] came to dread the Israelites.

Forced labor having failed as a means of diminishing the Israelites, the thought of limiting or even completely preventing the growth of another generation, comes up. A genocidal policy is then formulated:

“This is infanticide,” says Michael Walzer,- emeritus professor of Social Science at the Institute for Advanced Study in Princeton -, “not birth control; its purpose was to destroy the entire people of Israel by destroying the male line, leaving a population of women and girls to be dispersed as slaves among Egyptian households.”

The two women have no decree from God to the effect that the murder of infants is wrong. They arrive at this conclusion fully on their own.

Though the refusal of the two midwifes, (this term appearing seven times in in this brief episode so as to highlight the importance of their action), is the first recorded incident of civil disobedience, their action was not motivated by a boldly desire to defy Pharaoh. Nor, for that matter, because loyalty to the Hebrews, but because they ‘feared God.’

“Fear of God,” is the closest Hebrew expression in Israel’s Foundational Literature- the TaNaKh- to our modern “ethical conscience, ” that is, the internal moral sense that remains when social, legal and political conditions fail human life. Child psychoanalyst Selma Fraiberg points out that “when the child can produce his own warning signals, independent of the actual presence of the adult, he is on the way to developing a conscience.”

These understandings are echoed in Modern Hebrew where the term for “ethical conscience,” is matzpun, a term that connotes hiddenness. Modern Hebrew has also coined the word matzpen, meaning compass, a term derived from the same root as hiddenness. As rabbi Harold Schulweis- whom we are mourning as he passed away just a few days ago- noted: Homiletically, conscience may be understood as the hidden inner compass that guides our lives and must be searched for and recovered repeatedly.

“The degree to which the Bible values conscience as the core of political and moral independence,” says Israeli philosopher and political theorist Yoram Hazony, “is dramatized perhaps most forcefully by the fact that the biblical heroes do not, as should be expected, tend to submit passively even to the will of God: Abraham the first Jew and the prototype of subsequent Jewish values, is depicted as a man with the conscience and the strength to challenge God himself.”

Union Theological Seminary Bible Scholar, Phyllis Tribble couldn’t agree more: “Women nurture the revolution,” she says. “The Hebrew midwives disobey Pharaoh. His own daughter thwarts him, and her maidens assist. This Egyptian princess schemes with female slaves, mother and daughter, to adopt a Hebrew child whom she names Moses. As the first to defy the oppressor, women alone take the initiative which leads to deliverance.”

Then, apparently, unable to restrain herself, she adds almost as if an afterthought: “If Pharaoh had realized the power of these women, he might have reversed his decree and had females killed rather than males!” 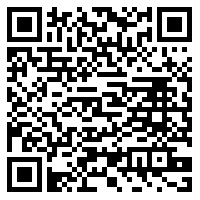