‘Nobody should try to harm our good name.’

That’s a line from the simplified version of the Universal Declaration of Human Rights published on Amnesty International’s website in the United Kingdom. It’s from article 12. There’s another line, “We have a right to belong to a country.” And then there’s the line that says, “We all have the right to our own way of life, and to enjoy the good things that science and learning bring.” There’s another line that states, “We have a right to peace and order so we can all enjoy rights and freedoms in our own country and all over the world.” Articles 29 and 30 declare that “We have a duty to other people, and we should protect their rights and freedoms,” and that “Nobody can take away these rights and freedoms from us,” respectively.

For the past 70-plus years, there has been a persistent effort on the part of extremists in the Middle East to deprive Israel and the Jews who live there (and in the rest of the world) of these rights and freedoms enunciated in the Universal Declaration of Human Rights affirmed in 1948.

And ironically enough, this campaign has been packaged as part of a liberationist struggle on behalf of the Palestinians who are, the story goes, simply attempting to achieve rights and freedoms for themselves. The problem is that Palestinian leaders have, time and time again, demanded rights for themselves and their followers that they deny to Jews, namely sovereignty and self-determination. The annihilationist impulse inherent in the Palestinian cause has been made explicit many times over many years. This annihilationist impulse has ebbed and flowed, but has never been abandoned to the extent that Jews in Israel can stop looking over their shoulders.

Implicit in the enunciation of these rights is the right to use force to obtain and protect them once obtained, a point that human rights activists regularly invoke to justify Palestinian “resistance” against Israel — even after Palestinian leaders have turned down numerous peace offers that would have resulted in the creation of a Palestinian state. What “human rights activists” have done is affirm the right of Palestinians to turn down peace offers and then use violence (AKA “armed resistance”) to obtain what was previously offered at the negotiating table. Sadly enough, it’s a “right” Palestinian leaders have exercised far too often, to the detriment of the Palestinians and the acquiescence of “peace” and “justice” activists.

Every few years, Hamas launches rockets from the Gaza Strip to drive Jews into bunkers and stairwells, an attempt to deprive them of their right to peace and order. It has dug tunnels into Israel to kidnap Israeli soldiers and potentially murder civilians. And Hamas does these things from territory Israel withdrew from almost two decades ago, in hopes of achieving some measure of tranquility.

In the West Bank, the Palestinian Authority tolerates terrible invective against Jews in its schools, pays the salaries of terrorists, and glorifies young men and women who stab or drive their cars into Israeli civilians.

To justify these acts of violence, propagandists of all stripes, Christian, Islamist, and secular, do everything they can to deprive Israel and Jews throughout the world of their good name. Jews and their state are vilified as a matter of course while murderers like Bashar Al Assad in Syria and the regime in Iran are largely ignored.

To deprive Israel and Jews of their good name, the Palestinian Authority deployed Christians living in the West Bank and East Jerusalem into the West to defame Israel. These Christians proved all too effective in promoting a narrative in which Israel was recapitulating the sins of the Jews as outlined in the Bible. Anyone who paid any attention knew that they had two main targets in American society — Christians and Jews who supported Israel.

The PA also made alliance with so-called human rights organizations such as Human Rights Watch, B’Tselem, and Amnesty International with devastating effect. These days, the accusation used to deprive Israel and its supporters of their good name is “apartheid.” On February 1, 2022, Amnesty issued a report, the first version of which stated that Israel’s status as apartheid state was rooted in its founding in 1948. This passage has been altered to obscure the organization’s animus toward Israel’s very founding in the aftermath of the Holocaust, but the message is clear. Jewish sovereignty and self-determination are by their very nature a violation of the rights of non-Jews. For Amnesty to push this narrative during a time when Jews are being attacked, bullied, and harried throughout the world is simply a disgrace.

To drive this point home the report champions the right of Azmi Bishara, who fled Israel to avoid trial on charges of spying for Hezbollah, to delegitimize Israel’s status as a Jewish state while a member of the Knesset. So much for Israel’s right to protect its right to peace, order, and freedom.

The ultimate message of the report is that a Jewish and democratic state is inherently racist and inherently amounts to apartheid. In Amnesty’s attempt to portray Jewish self-determination as an example of the crime of apartheid, the organization creates a unique standard that if applied to other countries would render them criminal states as well. But no such application is in the offing.

And by declaring that the presence of Jews in the West Bank is illegal, the report is actually promoting Mahmoud Abbas’s declaration that “Not a single Israeli” can live in the future Palestinian state. How is that not calling for the ethnic cleansing of Jews from their homes? Arabs, who comprise 20 percent of Israel’s population and enjoy rights they would not enjoy in any Arab-majority state, can live in Israel. Why must there be no Jews in a future Palestinian state?

It’s one thing to “simplify” the Universal Declaration of Human Rights, but what Amnesty has done with this report is to bastardize, adulterate, and weaponize the principles of human rights to provide cover for Palestinian elites who have used anti-Israel and anti-Jewish hostility to distract the people they govern from their corruption and authoritarianism. And instead of confronting this reality, Amnesty condemns Israeli lawmakers for their insistence that Israel remain a Jewish state, declaring that this by itself codifies the oppression of non-Jews in the country.

Canadian human rights lawyer Irwin Cutler once referred to human rights as a secular religion in the modern world. The tenets of this religion were laid down in the aftermath of the Holocaust that resulted in the murder of six million Jews in Europe. And the adherents of this secular religion rooted in these deaths are now using Jews and their state as a negative foil to highlight their own moral and intellectual superiority.

Where have we seen that before? 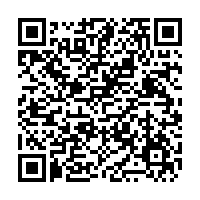