The most dreaded status in Israeli society is to be considered a frier – a sucker, a boob, stupid and unable to withstand being taken advantage of.

The current backlash in Israeli society against haredim is not merely a matter of theology or of vastly different societal values, different dress and customs. That would prove insufficient to provoke the over the top reaction that has emerged over the past several weeks against haredim generally because of the abominable behavior of some haredim – with, unfortunately, the tacit approval of many other haredim.


The underlying motive for all this haredi bashing is that Israelis – religious, traditional, secular and haredi light – are tired and disgusted of being friers. They have had it with a large and growing section of the Israeli population that they feels is being supported by the general public while contributing next to nothing to the general good and welfare of society.

It is useless to protest that the study and observance of Torah and the continuity of Eastern European or Sephardic traditions is somehow the guarantee of the continued existence of the state of Israel.

The religious Jewish community has never educated the general public to understand this issue correctly and thus the haredi world stands defenseless in the face of the public onslaught against it. And not only is it defenseless, it itself, in many respects, is the main culprit in causing this disparagement of Torah, its students and teachers. It is guilty of making the general Israeli society feel like a frier.

It is well recognized that thousands of haredi young men are not really cut out to sit and study Talmud all day. The streets are full of them even if they are not yet those who have thrown off their garb and faith. Yet the rabbinic and chassidic leaders of the haredi community refuse to endorse the practical notion that these young men do national service stints – in hospitals, nursing homes, schools, shelters and other welfare institutions.

In this way they can fulfill their obligations to the state and society and allow themselves to obtain the necessary educational and vocational skills to enter the Israeli workforce and not be condemned to a lifetime of borrowing, charity and poverty.

Who should care for the stranger, the widow and the orphan if not the strictly observant Orthodox community? Why is this not seen as the fulfillment of a Torah value?

Why is it perfectly acceptable, after already condemning two generations of haredi families to poverty and often to the dysfunction that poverty causes, to continue to condemn a third and a fourth generation to such a fate?

Is it the sole and main purpose of the haredi members of Knesset to allocate as much government funds as possible for the unemployed, the uneducated and the unappreciative at the expense of others in society?

These are the questions Israeli society asks of the haredi world, for these are the issues that engender in Israelis the feeling of being made a frier.

And then there are the small things that have been raised to be great principles of faith in haredi society that are continual irritations. I cannot understand why a prayer on behalf of the soldiers of the state of Israel is not allowed to be recited in haredi synagogues and institutions of learning. Is this not the height of ingratitude when such prayers for the Czar’s army, the Turkish army and various “friendly” governments when we were in exile were recited?

The haredi community may have legitimate theological problems with the state and its leaders, but what does that have to do with the ability to say thank you to those who protect it from annihilation – or for that matter to a government that provides it with millions of shekels and without its support it would collapse?

Its refusal to acknowledge these benefits even in the smallest way and be appreciative of them creates the frier reaction among the general Israeli public and endangers the very way of life and goals haredi society is attempting to preserve. One would think these realities would be self-evident to the haredi community and its leaders.

It is our joint responsibility as Jews to make the Torah and its holy traditions beloved among all other Jews and respected in the general world. Following policies and mores that accomplish just the opposite of this goal is morally indefensible. In essence this makes a frier of all of us, haredim included.

Rabbi Berel Wein is an internationally acclaimed scholar, lecturer and writer whose audiotapes on Torah and other Jewish subjects have garnered a wide following, as have his books, which include a four-volume series on Jewish history. A pulpit rabbi for decades, he founded Yeshiva Shaarei Torah of Rockland in 1977 and moved to Israel in 1997. 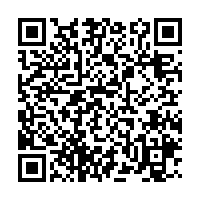