Two days before Purim, Rafi Braun fell off a ladder and suffered a serious blow to his head. He was taken to the hospital.

“We hope that he’ll be okay,” the doctors told Mrs. Braun after examining Rafi. “However, we need to sedate him fully for a day or two.”


Purim morning, Mrs. Braun got up early. She heard the megillah, gave matanos l’evyonim and mishloach manos on behalf of herself and her husband, and went to the hospital to relieve her daughter, who had spent the night there.

During the course of the morning, the doctors reduced the sedation. Little by little, Rafi began showing signs of responsiveness. Finally, in the afternoon, Rafi opened his eyes!

Later that day, their son Eli came to the hospital and read megillah for his father. After he finished, he asked his mother, “What about mishloach manos and matanos l’evyonim?”

“I gave already for Abba this morning,” she replied.

But the family suddenly realized that giving on his behalf while he was sedated may not have counted, so they called Rabbi Dayan and asked him.

Rabbi Dayan considered the matter and said, “Rav Yitzchak Zilberstein, shlita [Chashukei Chemed, Megillah 7b] addresses this question. He cites the Aruch HaShulchan [Orach Chayim 696:3] who writes that a person’s family can’t give mishloach manos on his behalf without his knowledge if he’s out of town. They may, however, possibly be able to give matanos l’evyonim for him.

“Rav Zvi Pesach Frank [Mikraei Kodesh, Purim #39] explains that mishloach manos are supposed to engender good feelings between the giver and the recipient, which won’t be engendered if the giver isn’t aware he gave anything. However, matanos l’evyonim are for poor people’s benefit, so a person’s family can fulfill this mitzvah for him by giving his money to poor people.

“If they give their own money to poor people on his behalf, we consider them to have first given him the money and then acting as his agent. Fulfilling the mitzvah in this manner may even be laudatory since matanos l’evyonim is like tzedakah, and there is value in giving it in a discreet manner” [Yoreh De’ah 249:6].

“Nonetheless, Rav Zilberstein cites his father-in-law, Rav Elyashiv, zt”l, who said that a person who is sedated and unconscious is exempt from mitzvos, and a person can’t fulfill the mitzvah in this state. Therefore, when he regains consciousness, he should give matanos l’evyonim (or others should give on his behalf).

“We find that a mentally incompetent person fulfills the mitzvah of tzedakah when poor people benefit from his money [Choshen Mishpat 290:15]. Similarly, the Maharit [1:127] writes that tzedakah given from the assets of a child by his guardians, even without his knowledge, serves as a merit for him. However, matanos l’evyonim is a personal rabbinic obligation beyond the regular mitzvah of tzedakah. That’s why, for example, according to the Maharil, a person cannot give obligatory matanos l’evyonim from maaser money” [Magen Avraham 694:1]. 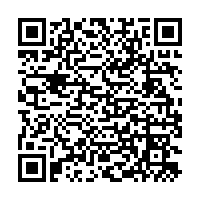