Being Overly Burdensome
“My Sabbaths Shall You Observe”
(Yevamos 6a)

The Gemara quotes the posuk (Vayikra 19:3), “Every man, ‘Your mother and father shall you fear, and my Sabbaths shall you observe – I am Hashem, your G-d.’” From here we learn that if one’s parent[s] command him to desecrate the Shabbos, he must not obey. The Gemara questions: Then why not learn from here the general rule that positive commandments do not override prohibitions? The Gemara answers that honoring our parents is a hech’sher mitzvah, a preparation for a mitzvah. The Rashba (Yevamos 6a) explains that if a father commands his son to drive a wagon to bring him food, the son does not fulfill a mitzvah when he drives. He only fulfills his mitzvah when he offers the food to his father, since this is what benefits him. Therefore, at the moment the son desecrates Shabbos by driving the animal (mechamer), he has not yet fulfilled the mitzvah of kibbud av v’eim – honoring one’s parents. He fulfills only a hech’sher mitzvah, which is not enough to override a prohibition. (Rashi offers a different explanation to the Gemara.)

From here we learn that the main mitzvah of honoring our parents entails providing them with a benefit. One might have thought that the very act of driving is a mitzvah in itself, since one thereby fulfills his father’s decree. Yet the Rashba establishes otherwise from Tractate Kiddushin (31b), where we learn: “How do we honor our parents? By feeding and dressing them.” As such, obeying the order to drive is not the real mitzvah. The real mitzvah is presenting the parent with food [or clothing].

What about parental orders that do not involve any benefit at all to the parent? May a parent tell his child where to live, what furniture to buy, or how to arrange it? From the Rashba it seems that one need not heed such commands.

The Maharik ruled, where a parent forbade a child’s choice in marriage, the child need not listen. He cites several supports for this ruling, among them the Rashba. Since there is no parental benefit in the choice of one’s spouse, there is no mitzvah of kibbud av v’eim. The Rema rules accordingly (Y.D. 240:25). The Vilna Gaon (ibid), however, contends that there is no proof from the Rashba. The Rashba did not mean to say that there is no mitzvah at all to obey a parent[s], in cases where they derive no benefit. He only meant that since the main mitzvah of kibbud av v’eim is to provide them with benefit, obeying them in other matters is not enough to override a prohibition. However, where no prohibition is involved, one must obey them even if they do not gain any benefit.

Causing Anguish to Our Parents

The Chazon Ish (E.H. 148:32a) supports the Gaon’s objection. He cites several proofs that we must honor our parents by obeying their will, even if they receive no benefit. Why should marrying against their will be any different from contradicting their opinion, which the Gemara explicitly forbids (Kiddushin 31b)? From the Gemara it seems that anything that will cause anguish to a parent is forbidden. It would certainly anguish them to see their child marry a spouse of whom they do not approve.

No proof to the contrary can be brought from the Rashba. When a father commands his child to drive [in his days to ride his horse-driven wagon] to bring him food, the parent has no desire whatsoever for the act of driving itself. He wants only the food to eat. Therefore, the Rashba writes that driving is only a hech’sher mitzvah, and not a mitzvah in itself. On the other hand, in this case, the parent very much desires that the child not marry this person.

The Spouse of His Choice

However, in the end the Chazon Ish concludes by defending the ruling of the Maharik and the Rema. He explains that the proof from the Rashba alone would not be enough to justify the ruling. However, the Maharik cites several other reasons. Among them he writes that it is a mitzvah to marry the person one desires. Furthermore, just as a child need not give his possessions to his parents, just because they covet them; so too he need not give up the spouse of his choice.

In addition to these two reasons, the Maharik adds that the main mitzvah of kibbud av v’eim involves caring for them and providing their needs, not heeding their every whim (although this too is normally required).

Yet, in conclusion we might add that at times the answer to a difficult question can be found in the simple wording of a verse in the Torah: “There shall a man leave his father and mother and cleave to his wife and they shall become one flesh” (Bereishis 2:24). The simple wording implies that children reach a point in life when they too are to establish their own household and family. Is it proper for a parent to be overly demanding and burdensome to the young couple as they embark on life’s journey? (See Rashi and Ramban for another reason.) 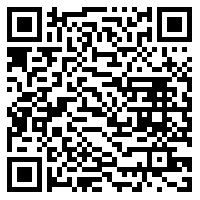