Moshe and Aharon were waiting one evening at a bus stop. Moshe noticed a book on the ground nearby. A few feet away, he saw an envelope that had been trampled on by passersby.

“Someone probably dropped the book when he got on the bus,” Moshe said. He picked up the book. It turned out to be a Gemara Eruvin with the name “A. Cohen” inside.

Moshe then picked up the envelope, which was sealed. He opened it and saw that it contained $1,200 in cash.

“Do you think the money also belongs to A. Cohen?” asked Aharon.

“Could be,” said Moshe, “but it wasn’t in a bag with the sefer or lying right next to it. It could belong to two separate people.”

“Perhaps put up a sign that you found a sefer and an envelope of money,” suggested Aharon.

“I can post a sign about the sefer,” said Moshe, “but I’m hesitant about the money. It’s a big city with a wide variety of people; I don’t want to start getting phone calls from strange people asking me about an envelope of money.”

“I guess you can start with the sefer,” said Aharon.

Moshe put up a sign near the bus stop that he found a sefer. The following day, he received a phone call. “My name is Avraham Cohen,” the caller said. “I took the bus home from work yesterday. When I got home, I realized that I had lost my Gemara Eruvin.”

Moshe wasn’t sure how to proceed, so he called Rabbi Dayan on the other line.

After listening to the details of the situation, Rabbi Dayan said, “One who finds a lost item in a public place with a wide variety of passersby does not have an absolute halachic obligation to publicize his find or the item. We attribute the lost item to the majority of passersby, to whom there may not be an obligation of hashavas aveidah. Furthermore, we assume that the owner abandoned hope of retrieving the item (yei’ush) since he expects that it will likely be found by someone who won’t return it” [Choshen Mishpat 259:3].

“Nonetheless, the Gemara [Bava Metzia 24b] states that it’s proper to return the item lifnim mishuras hadin if a Jew provides a siman because yei’ush is not like actual hefker since the owner doesn’t relinquish ownership willingly (or because there’s no financial loss to the finder involved) [Choshen Mishpat 259:5; Shulchan Aruch HaRav, Metzia #18; Aruch HaShulchan 259:7]. 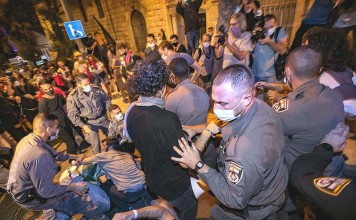 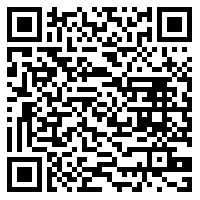