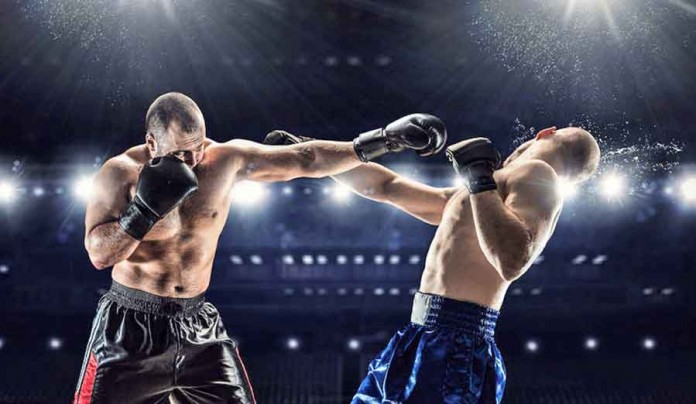 Is it proper to watch or enjoy the sport of boxing?


I think I have an interesting perspective on this question since, as a child, I was very involved in martial arts. From the age of 11 till probably 19, it was actually one of my big passions.

One of the key distinctions between martial arts and boxing – or even what’s now known as mixed martial arts – is the aggressiveness involved and the damage inflicted on one’s opponent. In traditional karate – even in tournaments – punches are pulled, and it’s strictly an issue of working on one’s technique and developing the ability to use a punch or a kick in a situation of self-defense.

I also had the opportunity to spend six months in a boxing gym – and that was a very different ball game. The environment there is very brutal, very aggressive, and very combative. The goal is to smash your opponent as hard as you can and damage him as much as you can.

But even as boxing is potentially damaging to one’s character as a combative sport, I think it’s far worse as a spectator sport. When you’re watching one human being pummel another and rooting for him to hit ‘em and smash ‘em, what you’re doing is training yourself in violence, aggression, and cruelty.

It certainly has a negative effect on one’s middos and does not lead one to be the fine, sensitive, kindly human being the Torah expects one to be.

The responsum of the Noda B’Yehudah concerning hunting probably can be applied to this question with even greater force.

The Noda B’Yehudah was asked if hunting as a sport was permitted. After answering that it probably isn’t, he wonders why a Jew would want to stimulate cruelty [within himself] by hunting. It was Esav’s predilection to be a hunter – the Noda B’Yehudah writes – not Yaakov’s.

Like hunting, boxing elicits cruelty within a person. Additionally, hitting another Jew is prohibited, which means that watching boxing involves watching something that’s prohibited at least to Jews.

But, as with everything – as Rabbi Yisroel Salanter said – “There are no general rules in Torah, and even that isn’t a rule.” Perhaps, if a person is prone to act violently and a therapist feels that watching boxing will give him an outlet to vent this flaw and save him from directing his violence towards his wife or children, perhaps it would be beneficial for him to watch a boxing match.

However, for a normal person, there are better, more wholesome ways to derive enjoyment and surly better ways to spend one’s time, which is the most precious commodity we have in this world.

Martial arts include a variety of forms – boxing, wrestling, krav maga, and a host of Eastern techniques. People participate in these activities as a means of building physical strength, developing self-confidence, and learning strategies of self-defense. Many find much value and enjoyment in their experience of martial arts. And that’s fine.

When martial arts competitions are conducted under proper supervision, they can be positive experiences for participants and viewers.

A problem arises, though, when these sports go beyond healthy limits. Professional boxing, for example, puts two people in a ring with the express goal of having one of them knock the other one unconscious.

This transcends the realm of sport and becomes an expression of violence and bloodlust. While people might enjoy seeing two muscle-bound boxers clobber each other, this is a kind of enjoyment fine people will want to pass up.

Et chata’ai ani mazkir: As a teenager I would sometimes watch boxing matches on television. In 1962, I saw a fight in which Benny Kid Paret was brutalized so badly that he was taken to the hospital – where he soon died. I – and thousands of other viewers – literally saw someone being legally beaten to death in the name of the sport of boxing.

I don’t think I’ve watched a professional boxing match since then. And I wouldn’t recommend watching or enjoying such a “sport.” It leaves a stain on one’s soul.

The Noda B’Yehudah discusses the Jewish perspective on hunting, writing as follows:

“But somebody whose intent is not for purpose of sustenance – he simply wants to satisfy the whims of his heart by going where wild animals lurk and thus endangers himself – transgresses the verse ‘And you shall guard yourselves very well.’”

From the above, it’s clear that there are dangerous activities that may ordinarily be prohibited but are permitted if financial considerations are involved.

Rabbi Moshe Feinstein was once asked if it’s permissible to play professional ball despite the danger of getting hurt. He writes:

“It’s permitted to engage in a livelihood even if it involves a slight risk. Also, it should be permitted when there is a remote danger of killing others, for what’s the difference between the prohibition against killing others and the prohibition against killing oneself? For the sake of livelihood, one is allowed to take a risk when the risks are minimal.”

Of course, the question is: Where does one draw the line? Who decides what’s an “acceptable danger”?

Rabbi Shlomo Zalman Auerbach writes that, in general, we look at the public’s behavior to determine whether something is considered too dangerous. Do people run from it or embrace it?

Since people don’t generally avoid contact sports, one could argue that halacha does not view them as dangerous. Whether you could be doing something better with your time is another matter, but boxing per se doesn’t seem to be a problem – hence, watching it should be fine.

Before current medical knowledge, it was possible to debate whether or not one could watch or enjoy boxing. Now that research has shown the brain damage that even the most successful boxers suffer, there is no longer any justification for supporting professional boxing in any way.

It’s apparent from the fact that professionals don’t wear the protective headgear required for amateur boxers that the danger to the boxers’ health is a critical part of boxing’s appeal.

There is an element of risk in other sports and experiences, but only in boxing is the beating up of someone essential to the appeal. A boxer who wins all his matches by a decision is less of an attraction then one who wins by knocking his opponents out.

Glorying in physical violence is intrinsically not Jewish. 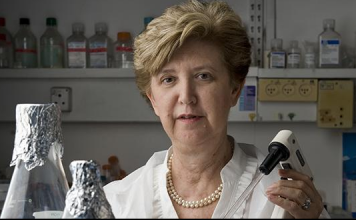