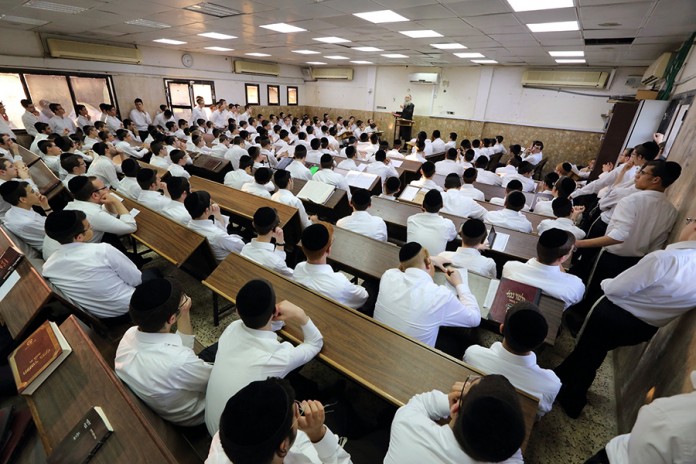 I was privileged to be part of the final graduating class of Yeshiva Shaarei Torah when Rabbi Berel Wein was its rosh yeshiva. It must have been that it was only after our class had graduated (in 1997) that Rabbi Wein felt he could fulfill his lifelong dream of aliyah. The many Torah and lifelong lessons he imparted to us during those years, and in the years since, remain very much engrained in my heart.

On one occasion while addressing the students of the yeshiva, Rabbi Wein said that if, after he delivers a speech, the audience tells him how wonderful it was, he knows that it didn’t make much of an impression. But when people approach him and tell him what a terrible speech it was, then he knows he struck a chord, and he considers it a good speech.


After he concluded that speech, my older brother, Reb Yitzie, who was then a student of the yeshiva, approached Rabbi Wein. In true Staum form, he told Rabbi Wein that that was the absolute greatest speech he had ever heard in his life. Rabbi Wein wittily replied, “Who is that kid? Take down his phone number!”

A few years ago, one of my students had an excellent British therapist. Even if she did not have such a distinct accent, I would have known she wasn’t American by virtue of the fact that she was willing to speak her mind even when it ruffled some feathers. She wasn’t rude or aggressive, but she was firm and uncompromising. She had the boldness to tell my student’s mother what she needed to do in order to help her son, even though the mother was resistant to hearing it.

When I noted how impressed I was with her directness, she replied that she has a hard time with the American mentality of constantly patronizing everyone. She argued that in America no one is able to speak their mind, so people relate to each other superficially. The result is that no one tells anyone what they are really thinking or feeling.

Why is it that Americans have such a hard time standing up for our beliefs and speaking our mind? I surely don’t mean that people should be rude and obnoxious. There are other nationalities that seem to have that challenge. But there is a talent in knowing how to be honest and forthright in a pleasant and respectful manner.

Is it that we have no self-esteem? Are we afraid of not being accepted if we cause others to be annoyed with us? Are we afraid that no one can handle the truth? Or are we perhaps not firm enough in our beliefs to state our feelings with conviction? Perhaps it’s a combination of all those reasons.

It is well known that the Torah was given on Har Sinai because it was the humblest of all the mountains. But Har Sinai was still a mountain. One must be humble but must also have a sense of self.

It is a challenge to be assertive without being aggressive, and at times it may entail turning people off along the way. But that may be the price for being genuine.