Let’s get one thing clear from the get-go. What I write here is my opinion and is not meant to be construed as Halacha. I merely posit the issue of Kitnyot and in no way am I telling people to abandon a minhag that has been kept for generations. This is one of those posts that falls into the category of “If only I had the power to……..”


Kitnyot, the prohibition of not eating various legumes on Pesach, which was adopted by many Ashkenazim and in some limited Sefardi communities over the last few hundred years has its roots in the 13th century. Among some of the reasons for the prohibition:

While there are other reasons given, for the purpose of this post, I will stay with this above list. And while there are several poskim (decisors of Jewish law) who have rejected the above (even among Ashkenazim) I will suffice with the statement of Rabbeinu Yeruḥam ben Meshulam (Provence, 14c). He stated: “And those who are accustomed not to eat rice and cooked kitniyot on Pesaḥ, this is a foolish custom, unless they are doing it in order to be stringent with themselves, and I do not know why” (Toledot Adam Vehava, Netiv 5, part 3, Venice, 1553, fol. 41a)

Allow me to chime in with my thoughts.

It seems that, in the main, the reason for not using kitnyot was the idea it may be thought that a similar item made of real chametz may then be used, and mistakes will be made. Perhaps that MAY have been a concern in the 13th and 14th century. Clearly this is not the case today, and I can prove it.

Take a look around at all the Kosher for Pesach products that are available that CLEARLY look like they are chametz! Pastas, rolls, cakes to name just a few! If there was a serious issue of mistaken thinking that “Oh, since corn is a ‘sorta-grainish-looking’ item. then we may also be able to use wheat,” then how in the world are ANY of these KLP food items that 10000% look like chametz items permitted to be produced in the first place? You can’t have your cake and eat it too. You can’t say kitnyot are prohibited for the centuries-old reason of “one may mix up with chametz” and then at the same time go ahead and be permitted to manufacture all these chametz-looking KLP products. It is either both or none.

As I said in the beginning, this post is all “in theory,” as I have no standing to change a custom that is rooted in the Jewish people for centuries (For me it makes no difference anyways, since as a Sefardi, I partake of kitnyot.)

While this custom may not change in my lifetime, it certainly seems (at least here in Israel) that the move towards abandoning this custom will be much more common down the road.

In the meantime, yes, the words of אל תיטוש תורת אמך (not to veer from one’s tradition) still holds very powerful sway. May the current sages of Israel eventually lift the ban on the reviled legume, and may tens of thousands of Jews enhance their Pesach with a new array of foods available to enjoy!

Until then, kitnyot is here to stay. 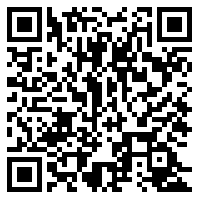