Chai Elul 5458 (1698) is the happiest of days among all chassidim around the world, for it is the luminous day on which the Baal Shem Tov was born.

Chai Elul 5484 (1724), when the Baal Shem Tov turned 26, is the immeasurably joyous day when the Heavenly Court ruled that Achiyah HaShiloni should appear to him, and disclose the luminary that lies within the revealed Torah and Kabbalah, as it is apprehended in Gan Eden.

Chai Elul 5494 (1734) marks the conclusion of the ten years during which Achiyah HaShiloni taught and guided him. During this time the Baal Shem Tov led a group of hidden tzaddikim and wandered about from one place to another among simple folk, telling them stories about the distinctive qualities of the Jewish people, stories about the refinement of character and the awe of Heaven. At the conclusion of these ten years, obedient to the directive and demand of his mentor, Achiyah HaShiloni, he revealed himself as a Baal Shem Tov (lit., “a Master of the Good Name”), who worked wonders and revealed profound secrets.

The customs of Lubavitch over the years have been of four kinds: (a) those that were widely known, whether practiced on weekdays, Shabbos or festivals; (b) those practiced in the households of the respective Rebbeim, including their children and grandchildren; (c) those unique to the Rebbe; and (d) customs which each Rebbe in his generation practiced privately. All four kinds of customs were recorded by my great-grandfather, the Tzemach Tzedek.

Chai Elul was one of the hidden festivals. Not until 5605 (1845) did my great-grandfather the Tzemach Tzedek divulge its secret to his sons. My grandfather, the Rebbe Maharash, told my father of the weighty warning with which the Tzemach Tzedek had charged his sons not to disclose it.

Even when Chai Elul fell on a Shabbos, my grandfather used to devote himself to Torah and prayer in the privacy of his study throughout the entire twenty-four hours of the birthday of our first Rebbe. And in the maamar that he used to deliver on Chai Elul, if it fell on a Shabbos, or on the Shabbos preceding a weekday Chai Elul, he would always cite a teaching of the Alter Rebbe.

My grandfather once said: “For us (meaning the Rebbeim of Chabad), the period from Chai Elul to Yud-Tes Kislev is a three-month period of preparation for the divine service that takes place on the Rosh Hashanah of Chassidus, on the holy day of Yud-Tes Kislev.”

It is my wish to you all and to your families, both those who are present and those who are not – physically – present, that the Almighty grant each man what he lacks, in children, health, and ample sustenance. It is my wish not only that these material blessings not hinder you in the study of Torah, in the avodah of prayer, and in conducting your lives according to the ways of Chassidus, but that on the contrary they should help you carry out your spiritual tasks with a peaceful heart and with peace of mind (and everyone knows what needs to be done), so that we should arrive at the ultimate attainment – to be found worthy of witnessing the revelation of Mashiach, with loving-kindness and compassion. 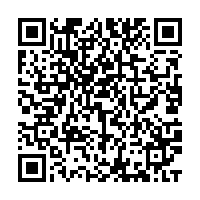