As the converted river liner, the President Warfield, docked in France to accept its clandestine passengers, the archenemy of illegal immigration, British Foreign Minister Ernest Bevin, learned of the boat’s impending departure. He insisted that the French not allow the ship out of port.

What happened next is reminiscent of the classic Hollywood chase scene, missing only the opening of the drawbridge just as the car leaps across. As the French officials were coming down the dock, the Warfield decided to make a run for it without any navigational help. One of the American crew members jumped into the water to cut the ropes anchoring the boat, and the ship was no longer tethered – literally all on her own.


The pilot boat was instructed not to assist the Warfield, meaning that she would have to somehow negotiate through the maze of the harbor, without any tugs or navigational assistance in the dark of the night. Gingerly, the Warfield steamed out until she was grounded on a sand bar. Matters became heart-stopping as the French police were yelling from behind, and directly in front was a French ship blocking the exit. In the interim, the Warfield was going nowhere as it was wedged into the floor of the Mediterranean.

By turning the rudder left and right, the captain managed to dislodge the boat and she slinked past the French vessel obstructing her path. At dawn, the Warfield cleared the harbor into free water and a welcoming committee of a British battle-cruiser and five destroyers. Despite the armada, the passengers perceived that their fate was better on the Haganah ship than languishing in a DP camp.

This was a very austere 10-day voyage, with well over 4,000 squeezed onto a ship built to hold less than 500. Sanitation was a serious problem, and many were affected by diarrhea and sea-sickness. One woman died enroute during childbirth (her child would be privileged to make it to Israel, but would also not survive) and the ship’s crew acted as her honor guard as she was laid to rest at sea.

The Haganah radioed the ship that she had a new name (the suggestion of Moshe Sharett) – the Exodus 1947. Her instructions were to beach in the shallows of Tel Aviv so that the passengers could run or swim ashore and then blend in with the crowds. For nine days the boat headed south, tailed by half a dozen British warships.

On July 18 at 2:42 a.m., while most everyone was asleep, the British launched a surprise attack. Floodlights drenched the deck as a loudspeaker announced that they were in Palestinian waters and under arrest. Without waiting for a response, British destroyers rammed the ship over 50 times port and starboard as hundreds of armed British sailors prepared to board with specially built wooden platforms. Those on the Exodus could not defend themselves with firearms, or the British would have been allowed to blow them out of the sea.

By 3:05, six British sailors managed to penetrate the fierce resistance of the Exodus’ crew and passengers by using bludgeons and tear-gas bombs. The passengers threw at the intruders whatever they had, consisting primarily of tin cans and potatoes. On a mission to capture and subdue, the invaders continued to advance toward the wheelhouse. All aboard fought tenaciously to keep them out, and in the ensuing melee the British fired weapons.

When dawn cracked, the horizon looked to those on the Exodus like the Normandy invasion, with His Majesty’s Navy everywhere. After a bloody, all night battle on July 18, 1947, the Exodus finally surrendered. Bernard Marks, to protect his compatriot, declared that he was the captain and was arrested with three others for aiding and abetting illegal immigration. The British commandeered the ship and docked it at Haifa.

Three passengers died in the struggle, including Hersh Jacobowitz, a 15-year-old orphan, and 121 passengers were wounded. The passengers defiantly sang Hatikva as the wounded were taken to local hospitals, and Bill Bernstein, an American volunteer, died enroute.

Exodus passengers were separated on the port into men and women, invoking the worst associations to these concentration camp survivors. They were then sprayed with DDT and forcibly loaded onto three prison ships under a barrage of clubs and rubber hoses.

The prisoners, however, were not to be taken to nearby Cyprus where over 25,000 illegal immigrants were languishing in camps. Master educator Bevin wished to teach a lesson, so he had them returned all the way to France to demoralize the prisoners and instruct the French not to defy the British will.

The British decision, however, had just the opposite effect. It sparked outrage and created sympathy for the creation of a Jewish state. In Madison Square Garden 20,000 gathered to memorialize the killing of the American, Bill Bernstein.

Fourteen days after departing, on July 28, 1947, the ships arrived at Port-de-Bouc, France. But just as Bevin thought that he had everything figured out, a snag developed. The immigrants refused to disembark, and France was only willing to accept them if they came ashore voluntarily.

The British ambassadors in Paris and in Washington were aghast at the horrifying embarrassment this affair was causing, but Bevin was still in education mode and would not budge.

The British attempted to starve the immigrants off the ships, but this was as effective in breaking their will, as their previous two meager daily meals consisted of potato soup laden with maggots. Nothing seemed to be working with this insubordinate lot who raised the flag of Israel, stained with the blood of a murdered 15-year-old orphan.

The passengers went on a one day hunger strike which captured the media’s attention. And while everyone was focused on those who had endured the horrors of the concentration camps frying under the Mediterranean summer sun, the prisoners held up a Union Jack emblazoned with a swastika.

After a tension-filled month, the French were afraid of epidemics, and super master educator Bevin decided that he was really going to teach a lesson. He had the ships sail to Germany where he could forcibly have them removed.

A full 17 days later, the prison ships arrived at a British-occupied dock in Hamburg, Germany. Only half of the passengers disembarked peacefully, and the remainder were subjected to British brutality. Under a hail of whips and poundings, the recalcitrants were driven off the ships. In a fate that only Bevin could conceive, the 4,500 who made every effort to depart the horror of Nazism were now brought to the heart of that nightmare aboard prison trains and cattle cars that returned them to DP camps. As Conor Cruise O’Brien wrote, “If Whitehall had been working in collusion with the Zionist propaganda machine, it could not have contrived a more telling conclusion to the two-month saga to the passengers of the Exodus.” 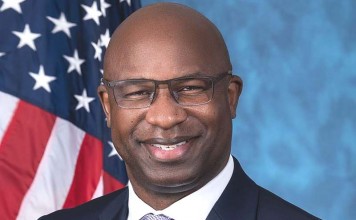