The pasuk in this week’s parsha says that Hashem told Moshe to command the Bnei Yisrael something but does not tell us what that thing was (Shemos 6:13, note the noteworthy placement). The Yerushalmi in Rosh Hashanah says that the commandment was regarding freeing one’s Jewish slaves after 6 years of servitude, as the Torah commands in the beginning of Parshas Mishpatim.

The obvious question is, why did Hashem have to give this mitzvah right at the time when we were leaving Mitzrayim? Why was this so important that it had to be done then? This mitzvah didn’t even apply until Bnei Yisrael entered Eretz Yisrael. Why couldn’t we have waited until Har Sinai when we were commanded in all the rest of the mitzvos?

Rav Chaim Shmulevitz, zt”l, explains that the Torah was teaching us a very important lesson. We are not accustomed to the entire concept of slaves. However, if we could picture what it was like in a civilization that had slaves we would realize that after one has acquired a slave and he has worked for his master for six long years, it would be very difficult for his master to just set him free. The master would become accustomed to the fact that he “owns” the slave. Imagine that after a few years you would have to get rid of your car, just send it back to the dealer. Wait that’s what we all do with our leased cars! But, if someone had actually bought his car, it would not be easy to simply let go of it for free.

In regard to the eved, if the owner would sense the fact that his slave is yearning for his emancipation it would make freeing him much easier. The reason why Hashem commanded us in the mitzvah of setting our slaves free at the time when we ourselves were leaving Mitzrayim, our bais avadim, is because Hashem knew that the only way that we would be able to keep this mitzvah is if we would internalize the feelings that a slave experiences when he is freed.

Hashem wanted us to “seize the moment” and remember how we felt when we left slavery, in order to enable us to set our slaves free later on. Therefore, specifically as we were leaving our master’s land and tasting freedom for the first time, Hashem commanded us that after six years of servitude we must set our Jewish slaves free.

We learn a great lesson from this. Very often we experience a moment of hisorerus or inspiration, perhaps from listening to a shiur or from something we witness or experience, and we immediately develop aspirations to better ourselves. The proper way to preserve our hisorerus and ensure that it remains long after that initial moment is by acting upon it while we are still experiencing the hisorerus.

We find another example of this concept with the rainbow. Hashem promised Noach that He would never bring a global mabul again. Rashi tells us that Hashem said that when He will want to bring another mabul a rainbow would appear in a cloud and Hashem will be reminded of His promise to never to bring a mabul again. One can ask, why does Hashem need to see the rainbow to remind him? Can’t He remember without a rainbow? The answer is Hashem is teaching us how to keep our resolutions. Of course, Hashem could remember that He promised not to bring a mabul without seeing a rainbow. Hashem wanted to teach us that the proper way to keep our resolutions and inspirations is to attach the feelings that we had initially to something tangible that will later remind us of how we felt when we initially made the resolution.

The Gemara in Avoda Zara (17a) tells us that a person can acquire olam haba in just one moment. We all have moments in our lives in which Hashem gives us the opportunity to achieve great things. Our job is to seize those moments and keep that initial feeling vibrant throughout our lives. That is the lesson that we derive from the rainbow, and that is why Hashem gave us the halachos of setting our slaves free during our own emancipation. Hashem wanted us to internalize the feelings we experienced while being set free in order for us to keep them vibrant for the future when we would need them most. Throughout our lives we must attach our aspirations to something physical in order for them to endure past their initial phase. 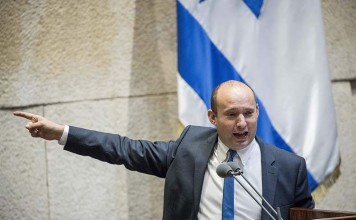 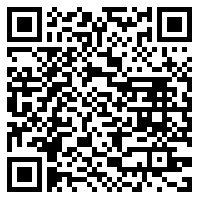