Frigid temperature, feeling frightened, I exited my son David’s car at the emergency room door; the pandemic would not allow him to escort me inside the hospital. Clutching papers from the urgent care site, I felt helpless and afraid. David drove the twelve miles back to check on his dad, texted me he’d return as soon as I’m discharged. Neither of us knew it wasn’t going to be that day.

Role reversal started quietly. I use to climb ladders to clear leaves from house gutters, and could also squat on the ground and play with bubble wands just to be silly. I could walk the five mile hilly golf course carrying my clubs, then play singles tennis with this younger son. Going in and out of cardboard boxes with my first grandchild, pretending it was a store, was easy. On hands and knees, I could clean the kitchen vinyl floor, change ceiling light bulbs, replace the housing on bathroom faucets, and such. Gradually, David, who settled with his family a few miles away, saw the tennis racquets and golf clubs given to charity. My inability to lift myself from lying on the grass with his children happened before I began phone calls for him to put feet on a stepladder and change a ceiling light bulb. A cantaloupe is too heavy for me to lift from reduced muscle strength. Does he still see and remember a Jeep safari we took in Kiawah Island, plopping into cold Lake Placid giggling, hiking in the Poconos with me in the early morning while the family was still asleep, finding the tallest horse on a simple Merry-Go-Round? Now he sees grab bars just to get his parents up the one step from garage into the house.


His taking care has been in stages. Could I understand his emotional experiences? I didn’t have role reversal since my dad was buried at age forty-five, my mother (a widow for thirty-two years) moved to the west coast so I was not physically present to ‘be there’ for the enormous medical issues and pain that claimed her life. As, gradually, ‘can I help’ is becoming ‘I must help,’ does he quietly sob or feel frightened? While he stays cheerful, I realize seeing aging changes in his parents is not easy, and the awareness that life is fragile must occupy more space in his mind than it once had. What are his unseen emotions? What are his fears? How does he juggle concern for his family and also for old parents? He has our burial instructions, but must find it as incomprehensible that mortality exists as I do.

The pandemic caused him to also be a provider as our staying-in-place ongoing. He’s sat in a car, with the heater running on and off, in single-digit degrees after taking and waiting for his dad at needed medical procedures. Grocery shopping is automatic after nearly a year. He never makes us feel ashamed but the ‘caregiver’ title is ongoing.

A giver-of-care is a giver of a gift: ‘being there.’ And that’s both a physical and an emotional gift that requires quiet dedication, courage, compassion. No longer a mere English word, it is a life-position. We are quietly grateful. 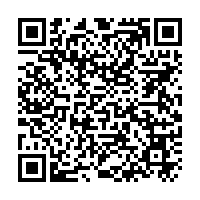