My good friend Bleemy, who lives in Yerushalayim, shared the following story with me. She was at the Kosel during Chol Ha’moed, having come to see, hear, and receive the Bircas HaKohanim. She arrived early and was sitting on a chair reading Tehillim (Psalms), when she became aware of some ladies speaking English next to her. She turned to see who was speaking her mama loschen (mother tongue) and saw two ladies, roughly in their fifties, who, according to the way they were dressed, were non-religious tourists. Bleemy is a wonderful and friendly person with lots of ahavas Yisrael, so she said to the women, “Shalom.” They smiled at her and returned her “Shalom.” When Bleemy asked them where they were from they told her that they were both from England. Being that Bleemy had an extra book of Tehillim with her, she wanted to offer it to them so they could say some Tehillim if they wanted to. She was unsure as to their religion, seeing as they didn’t look religious, so she asked them, “Are you Jewish?”

The woman closest to her smiled and said, “I’m not, but my great grandmother was, and I like Jewish people.”


Though a smile was expected because of the Jewish grandmother and the lady’s liking of Jews, Bleemy didn’t smile so fast. She knew she had something important to find out. As you probably have guessed, it hinged on her next question. She didn’t rush into it, instead she casually said, “Oh, that’s very nice. Tell me, this Jewish great grandmother, is she your mother’s grandmother or your father’s grandmother?”

“Oh, she’s not alive anymore,” the woman answered, as though it weren’t obvious and as if that automatically rendered Bleemy’s question irrelevant.

“Her daughter was my mother’s mother.”

Bleemy’s eyes widened and she had to take a few deep breaths before continuing with a smile, all to which the lady remained oblivious. “I have something to tell you,” said Bleemy, “something important.”

“Really?” the lady asked out of curiosity.

“Yes,” said Bleemy, “something very important”. Now the woman was getting really interested.

“What is it? What’s so important?”

The woman was silent and her face took on a strange, pale, bewildered look. As Bleemy said to me, “It was probably closer to shock!”

“Are you sure?” asked the woman.

“Yes,” said Bleemy. “Everyone knows that according to halachah, Jewish law, a person’s religion goes according to the mother’s religions. If your mother was Jewish, then so are you!”

“Yes. You are a Jew. Welcome to the People of Israel.” She said before giving the lady a hearty handshake.

“That’s amazing!” said the woman. “I never would have imagined such a thing . . . that’s really some surprise.”

“Yes,” said Bleemy, “and now that you know, it’s not enough to just walk around knowing and thinking that you’re a Jew. You have to find out just what that means. You have to start learning about Judaism and the Jewish people, about the Torah and Jewish law.”

“Because to be a Jew,” explained Bleemy, “is to live as a Jew. G-d gave the Torah to the Jewish people for us to live according to it. The Torah and commandments are instructions for how to live our lives, and you have to learn what to do in order to it.”

The newly identified Jewess was now even more taken aback, “Are you serious?”

“But how in the world am I going to do that? I don’t know anything about Judaism, except for bagels and chicken soup.”

“Well, that’s a good beginning,” said Bleemy with a smile that warmed into a friendly laugh. “And there are plenty of books and classes, discs and families for you to learn from. I’m sure you’ll have a great time doing so. The time of your life!”

The woman was flabbergasted. “Listen, if all that you said is true, then I’m going to do it. Just tell me how, I don’t even know how to start.”

“Don’t worry,” said Bleemy, “it’s easy, it’s fantastic, and you’ll have lots of help. Give me your phone number and I’ll call you and give all kinds of information.” Then Bleemy turned to the other woman, “And you? Are you Jewish?”

The woman looked at her and said softly, not knowing exactly what she would hear, “Six years ago my mother told me before she died that she’s Jewish.”

“Well,” said Bleemy with a loving smile, “that means that you’re Jewish, too. As I said, according to Jewish law, a Jewish woman’s children are automatically, a hundred percent Jewish!” The woman had tears in her eyes. “Thank you for telling me, thank you! I wasn’t sure.”

Just then they heard that the Birkas HaKohanim was about to begin, so Bleemy answered her quickly, “My pleasure. Give me your phone number and I’ll call you and give you some helpful ideas.”

The woman quickly jotted down her name and cell number, gave it to Bleemy as well, before each of them, filled with her own unique feelings of inspiration and longing, turned to receive the blessing of the Kohanim, “May Hashem bless you and protect you; May Hashem shine His countenance on you and be gracious to you; May Hashem turn His countenance toward you and grant you peace.”

Later, before the two tourists left, one of them said to Bleemy, “Don’t forget to call me! I’ll be waiting!”

“Sure thing,” said Bleemy with a big smile and love in her eyes, “you’ll hear from me – b’ezrat Hashem, with G-d’s help.” Picking up on the express “with G-d’s help,” the woman responded with tears in her eyes, “Just like G-d helped me to discover that I’m Jewish.”

“Yes,” said Bleemy. “May He help you with everything.”

The women answered, “Amen,” before parting.

Later, when Bleemy was leaving the Kotel area to get a bus home, she heard someone say quite loudly, “Hey, there’s Canada’s singing star – Barbara. What was her last name? Streisand? No, but she sings just as good as her. Barbara…Gryfe!”

Bleemy looked around and saw a man of about sixty years old, wearing jeans and a faded shirt. Bleemy was taken aback as she had, indeed, been a singing star before she became a baalas teshuva. She had been a child protégé and as she grew up, she’d sang with ‘stars’ in Canada, the U.S. and later Israel. But she gave up fame and even a Hollywood contract to come settle in Eretz Yisrael and build a Jewish home. Today she is a religious wife, mother, and grandmother, kanein ahara, and uses her beautiful voice to perform for and inspire women and girls in various settings, from Bat Mitzvah programs, to seminaries, to other performances.

Bleemy looked at the person who recognized her from her former life, decades ago. As he so loudly vocalized his memories, Bleemy too, was suddenly reminded of where she came from and what she left behind in order to live as a Jewish woman. Today, in addition to performing for women, she is married to a fine, religious man and has a beautiful Jewish home, with fine religious children and grandchildren of whom she is so proud, and who give her so much nachas, so much true joy. She thought about how today she had not only merited to say Tehillim and hear Birkas HaKohanim at the Kosel, she also had the special privilege and opportunity, sent to her as a gift from Hashem, to personally help bring two other Jewish women back to their roots just as she had returned to hers, the same, ancient holy roots of all Am Yisrael. Some people think that this former singing star “gave up” so much, but if you ask her, she’ll tell you with a smile made up of her inner truth and gratitude, that not only did she gain much, much more, but what she gained is eternal. 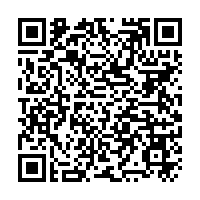