With summer fast approaching, this is the time of year when we begin to think about day camps and sleep-away camps, as we look forward to going to our upstate home. We picture pools, barbecues and family time.

Some family members stay all summer, while other children and grandchildren join us for Shabbos. All in all, it’s a beautiful experience for all the children and adults who usually do not see each other very often. One of my daughters lives in Buffalo, so it’s a treat for all of us to be together during the summer months. The grandchildren get to spend lots of time together while my husband and I sit back and, Baruch Hashem, enjoy the nachas.


Over the years, we have become friendly with most of the residents there. Some are acquaintances, some better friends; either way, it’s a not-too-large congenial group.

We have shared many smachos, watched new couples and families come on the scene, and generally just enjoy the peace and quiet with summer friends. Unfortunately we have shared losses as well. We have lost some special people, leaving a great void felt by all.

Very recently, a very special lady, Shiffy Glikman, who had been ill for many years, was niftar. You would have never known by looking at her throughout the years that she had an ongoing problem. She always had a smile, and put her best foot forward – as hard as that might have been. Shiffy was liked and respected by everyone. She practiced chesed, hachnassas orchim, kibud av va’em, and other outstanding attributes. And no matter how she felt, there was no stopping her. Most people had no idea how ill she was, as she wanted to live a normal life to the very end. And she did that, continuing her good deeds as best she could.

Her practice of kibud av va’em went as far as not conveying the return of her illness to her elderly mother in order to spare her pain. She even managed to travel to another borough to tend to her mother’s needs (i.e. doctor appointments, shopping), as well as doing the same for her elderly father-in-law – all this right after her own chemotherapy treatments.

She was a very unique person, with many more qualities than I can enumerate here. The levayah depicted her qualities, with a standing-room- only crowd coming to say goodbye.

After she was niftar, her family took her to Eretz Yisrael. Her distraught daughter accompanied her, obviously with no interest to converse with others other than family members. But toward the end of the trip the woman sitting next to her, a well-known rebbetzin, struck up a conversation with her. And they talked for two hours.

The rebbetzin gave her much-needed chizuk – just what the doctor ordered. She was so exceptional that she went with Shiffy’s family to the cemetery, despite not even knowing these people. This gave the family more chizuk. And the rebbetzin has kept in contact with the family.

When I heard all this at the shiva house, I told Shiffy’s daughter that this was no coincidence. “Hashem always watches over us,” I said, “and this woman was placed there for a reason.” Her response: “Yes, I know. My mother placed her there.”

May this family get through this difficult time in good health and with much hatzlachah. May Shiffy, a true eishes chayil, be a meilitz yosher while bringing about many smachos for her family. 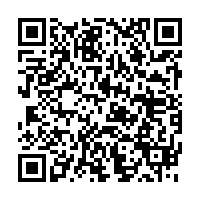