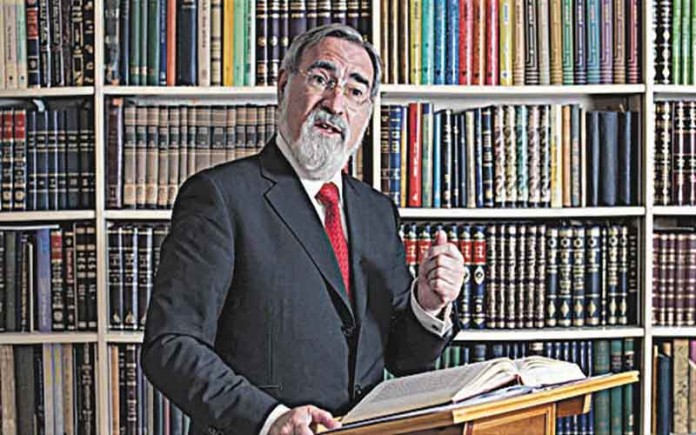 “You have gone too far! The whole community are holy, every one of them, and the Lord is with them. Why then do you set yourselves above G-d’s congregation?” (Num. 16:3).


What exactly was wrong in what Korach and his motley band of fellow agitators said? We know that Korach was a demagogue, not a democrat. He wanted power for himself, not for the people. We know also that the protestors were disingenuous. Each had their own reasons to feel resentful toward Moses or Aaron or fate. Set these considerations aside for a moment and ask: was what they said true or false?

They were surely right to say, “All the congregation are holy.” That, after all, is what G-d asked the people to be: a kingdom of priests and a holy nation – meaning a kingdom all of whose members are (in some sense) priests, and a nation all of whose citizens are holy.

They were equally right to say, “G-d is with them.” That was the point of the making of the Tabernacle: “Have them make My Sanctuary for Me, and I will dwell among them” (Ex. 25:8). Exodus ends with these words: “So the Cloud of the Lord was over the Tabernacle by day, and fire was in the Cloud by night, in the sight of all the Israelites during all their travels” (Ex. 40:38). The Divine Presence was visibly with the people wherever they went.

What was wrong was their last remark: “Why then do you set yourselves above G-d’s congregation?” This was not a small mistake. It was a fundamental one. Moses represents the birth of a new kind of leadership. That is what Korach and his followers did not understand. Many of us do not understand it still.

The most famous buildings in the ancient world were the Mesopotamian ziggurats and Egyptian pyramids. These were more than just buildings. They were statements in stone of a hierarchical social order. They were wide at the base and narrow at the top. At the top was the King or Pharaoh – at the point, so it was believed, where heaven and earth met. Beneath was a series of elites, and beneath them the laboring masses.

This was believed to be not just one way of organizing a society but the only way. The very universe was organized on this principle, as was the rest of life. The sun ruled the heavens. The lion ruled the animal kingdom. The king ruled the nation. That is how it was in nature. That is how it must always be. Some are born to rule, others to be ruled.

Judaism is a protest against this kind of hierarchy. Every human being, not just the king, is in the image and likeness of G-d. Therefore no one is entitled to rule over any other without their assent. There is still a need for leadership, because without a conductor an orchestra would lapse into discord. Without a captain a team might have brilliant players and yet not be a team. Without generals, an army would be a mob. Without government, a nation would lapse into anarchy. “In those days there was no King in Israel. Everyone did what was right in their own eyes” (Judges 17:6, 21:25).

In a social order in which everyone has equal dignity in the eyes of Heaven, leaders do not stand above the people. They serve the people, and they serve G-d. The great symbol of biblical Israel, the menorah, is an inverted pyramid or ziggurat, broad at the top, narrow at the base. The greatest leader is therefore the most humble. “Moses was very humble, more so than anyone else on the face of the earth” (Num. 12:3).

The name given to this is servant leadership, and its origin is in the Torah. The highest accolade given to Moses is that he was “the servant of the Lord” (Deut. 34:5). Moses is given this title 18 times in Tanach. Only one other leader merits the same description: Joshua, who is described this way twice.

No less fascinating is the fact that only one person in the Torah is commanded to be humble, namely the King:

When he takes the throne of his kingdom, he is to write for himself on a scroll a copy of this law, taken from that of the Levitical Priests. It is to be with him, and he is to read it all the days of his life so that he may learn to revere the Lord his G-d and follow carefully all the words of this law and these decrees and not consider himself better than his fellow Israelites. (Deut. 17:18-20)

This is how Maimonides describes the proper conduct of a King:

Just as the Torah has granted him the great honor and obligated everyone to revere him, so too it has commanded him to be lowly and empty at heart, as it says: “My heart is a void within me” (Pa. 109:22). Nor should he treat Israel with overbearing haughtiness, as it says, “he should not consider himself better than his fellows” (Deut. 17:20).

He should be gracious and merciful to the small and the great, involving himself in their good and welfare. He should protect the honor of even the humblest of people.

When he speaks to the people as a community, he should speak gently, as in “Listen my brothers and my people…” (King David’s words in I Chronicles 28:2). Similarly, I Kings 12:7 states, “If today you will be a servant to these people…”

He should always conduct himself with great humility. There is none greater than Moses, our teacher. Yet he said: “What are we? Your complaints are not against us” (Ex. 16:8). He should bear the nation’s difficulties, burdens, complaints and anger as a nurse carries an infant.

The same applies to all positions of leadership. Maimonides lists, among those who have no share in the world to come, someone who “imposes a rule of fear on the community, not for the sake of Heaven.” Such a person “rules over a community by force, so that people are greatly afraid and terrified of him,” doing so “for his own glory and personal interests.” Maimonides adds to this last phrase: “like heathen kings.” The polemical intent is clear. It is not that no one behaves this way. It is that this is not a Jewish way to behave.

When Rabban Gamliel acted in what his colleagues saw as a high-handed manner, he was deposed as Nasi, head of the community, until he acknowledged his fault and apologized. Rabban Gamliel learned the lesson. He later said to two people who declined his offer of positions of leadership: “Do you think I am giving you a position of honor [serarah]? I am giving you the chance to serve [avdut].” As Martin Luther King Jr. once said, “Everybody can be great…because anybody can serve.”

T. S. Lewis rightly defined humility not as thinking less of yourself but as thinking of yourself less. The great leaders respect others. They honor them, lift them, inspire them to reach heights they might never have done otherwise. They are motivated by ideals, not by personal ambition. They do not succumb to the arrogance of power.

Sometimes the worst mistakes we make are when we project our feelings onto others. Korach was an ambitious man, so he saw Moses and Aaron as two people driven by ambition, “setting themselves above G-d’s congregation.” He did not understand that in Judaism, to lead is to serve. Those who serve do not lift themselves high. They lift other people high. 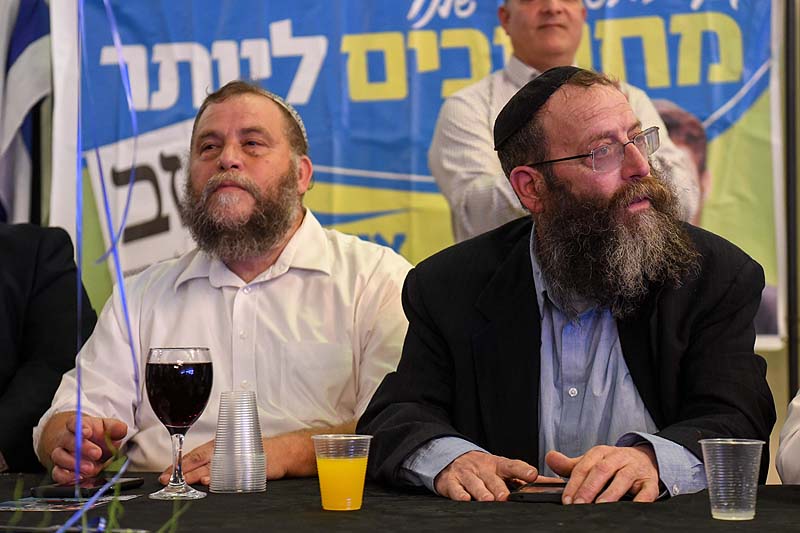 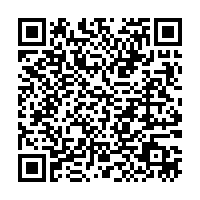