As we are now in the time of counting the Omer, the significance of this particular period is explained in a letter by the Rebbe, reproduced in part below:

The period of Sefirah connects the festival of Pesach with the festival of Shavuoth. We begin counting the days of the Omer immediately after the day of the Exodus from Egypt, the day of liberation from slavery, and count for forty-nine days, at the end of which we celebrate the Festival of Receiving the Torah, marking the culmination point of the liberation.

The purpose of counting or measuring any quantity is to ascertain the exact number or measure of a certain thing, the quantity of which is variable. A census of the population, for example, is taken from time to time, since the population can either increase or decrease, and we want to ascertain its progress. Similarly, statistics are kept of various factors, conditions, etc. Were such factors stationary and unchangeable, or were they uncontrollable, there would be no real purpose served in going over such statistics periodically.

Now time belongs to those things over which man has no control or influence. Time just marches on, and we can neither slow its march, nor speed it, nor can we change its quantity and make an hour last more or less than sixty minutes. From this point of view, the idea of Sefirah would seem incomprehensible.

Moreover, even among things of variable quantity, the idea of counting or measuring signifies importance; hence we are not satisfied merely with an estimate, or a general appraisal, such as it being of a large, small, or medium quantity, and wish to establish the exact number of units.

We have said that Time, unlike most other things which are changeable in quantity, is unchangeable and beyond our control. But this is true only superficially. Actually, Time holds out for us possibilities not existing in other things. For while man’s influence over things under his control is limited, his influence over Time is, in a sense, unlimited. For Time is like a “vessel” which is highly elastic, with an infinite absorptive capacity. It has the power of expanding or contracting, depending upon how much or little we put into this “vessel.” We can fill our time with unlimited content, or waste it away, and the very same unit of Time may mean an infinity to one, or shrink to nothingness to another. Its true measure varies in direct proportion to what is achieved in it.

Herein lies the special significance of Sefirah – of counting the days to the day of Receiving the Torah at Sinai.

For the Torah, “whose measure is longer than the earth and broader than the ocean,” containing the infinite wisdom of G-d, was given to finite beings, men limited to a life-span of short duration, of “threescore years and ten, or, if in strength, fourscore years.”

Can a being so limited in time do justice to such an unlimited gift? Can a finite being like man have any grasp of the infinite Torah?

That is why, in preparation for receiving the Torah, we were commanded to count the days in order that we be impressed with the significance of Time:

It is thereby emphasized that although we cannot alter the flow of time, either stretching it or retracting it, this is so only superficially. In reality, each particle of time, not any long period, but even a day, gives us almost infinite possibilities. Therefore, although human life is limited on this earth to a certain number of years, one is not limited in one’s possibilities to use them in such a way, and to accomplish so much, as would take others thousands of years to accomplish.

If formally Time is fixed and can only be measured but not influenced, essentially, however, if it be measured in terms of its content and our accomplishment in the sphere of our infinite and eternal Torah and Mitzvoth, we are able not only to “stretch” time, but even to turn it into infinity and eternity, i.e., transfer and elevate our own time beyond and above Time.

This, in essence, is the significance of Sefirah, the counting of the days to Shavuoth, as a preparation for receiving the Torah. 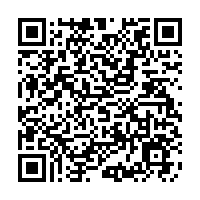