This week began the Three Weeks of mourning for the destruction of the Beis HaMikdash. The first day of the three weeks is Shiva Adar b’Tammuz, a fast day.

The Rebbe asks a question: Shiva Asar is the number 17, which is the numerical value of the word “tov – good.” When we mention 17, tov comes to mind. The question then is: Shiva Asar B’Tammuz is a fast day for the destruction of the Beis HaMikdash. What is good about it?


If Almighty G-d wanted to choose a date for the Three Weeks of mourning to begin, why is that date on the 17th which is connected to the idea of good?

The story is told that a gentile once asked a Jew, “Why do you Jews answer one question with another?” The Jew looked at him, smiled. And said: “And why not?”

So here too we will answer one question with another: What happened here? Almighty G-d destroyed the Beis HaMikdash; there was an untold number of individuals who perished during that time, as the Gemara describes in Gittin. The question is: We know that G-d is the G-d of mercy and goodness, as we read in Eicha – Lamentations 3:38, “Mipi Elyon lo seitzei hara’os – By the command of the Most High, evil does not come.” If so, how are we supposed to understand the destruction of the Beis Hamikdash?

The general explanation is:

Almighty G-d does not orchestrate a descent, chas v’sholom, just for the sake of descent. Sometimes, however, we cannot get to stage two unless we first go through stage one as a preparation.

The exile in Egypt was stage one for the purpose of getting to stage two, which was Matan Torah. Similarly, with regard to the destruction of the Beis HaMikdash and the period of mourning – it is all in preparation for the geula haamitis v’hashleima, the true and complete Redemption.

This is in concert with what the Rambam writes (Hilchos Taaniyos 5:19) that when Moshiach comes, not only will these days not be days of sadness, but they will be annulled and transformed to days of joy and happiness.

The navi is telling us that these days have the potential to be “days of joy and happiness.” To prove that, Almighty G-d orchestrated that the mourning period should begin on Shiva Asar, signifying the concept of tov – good.

For the moment the good is not revealed and so we fast, but we should know that these days will be days of joy and festivity. The navi does not say that all days are going to be days of happiness but that these four days of fasting, which we see as negative, will be good – with the good of building the third Beis HaMikdash, speedily in our very own days. 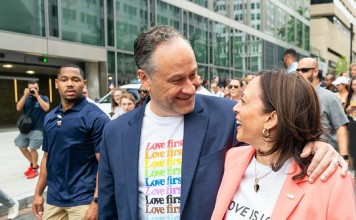 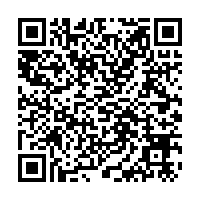