The controversy of Korach and his congregation – unlike the controversy of the scholars Hillel and Shammai – is a controversy not pursued in a Heavenly cause. It therefore does not endure (Ethics of the Fathers 5:17). Why is Korach’s disagreement with Moshe so tainted?

Malbim feels that within Korach’s camp there were impure intentions from the beginning. He therefore writes: “In a controversy pursued for unholy ends…even those who have come together on one side are not really united. Each is out to cut the other’s throat.”


Supporting Malbim’s approach is the text in Ethics that describes the controversy as one that existed between Korach and his congregation, not between Korach and Moshe. In other words, Korach ‘s group was racked by dissension from within, each wanting the priesthood for himself.

Korach also refused to dialogue with Moshe (Numbers 16:12). An essential principle of controversy for the sake of Heaven is the recognition that no single person has the monopoly on truth. Although one may be committed to a particular position, he or she must be open and respectful of dissenting views.

Rabbi Eliezer Ashkenazi offers a final idea. He notes that the text in Ethics states a controversy for Heaven will in the end – “sofah” – endure. In other words, when Hillel and Shammai disagreed they still wanted the halachic system to endure, hence their controversy was for the sake of Heaven. This was not the case with Korach, whose purpose in disagreeing with Moshe was to destroy the system of the priesthood.

Rav Kook states that the duly elected government of Israel has the status of malchut, the biblical status of king (Mishpat Kohen 144:14-17). Thus, an individual has the right to disagree with government policy but can never regard those policies as null and void. Dissent is acceptable for it sustains the enduring nature of the state. Delegitimization, on the other hand, is not acceptable for it threatens the very fabric of the State.

If this distinction is blurred, if the government is declared illegitimate, the consequences are grievous. Citizens would then be able to take the law into their own hands and carve out their own conceptions of what they believe Jewish law demands. Let us pray that those in power and we ourselves realize the fine line between discourse that is destructive, selfish, and fleeting and dissent for the sake of heaven, dissent that is constructive, productive, enduring, and even holy. 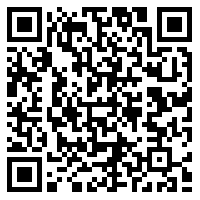