I always wonder about Jewish names. Some make it and some don’t. Some have mazel and others don’t. Some Biblical personalities’ names are very popular amongst the members of Klal Yisrael and then there are those personalities whose names never seem to be used.

Know anyone named Merari? Neither do I. But why should one of the sons of Levi, Gershon, be popular, and another remain ignored? I don’t know. It’s all hashgacha.


But I do have a sense that if not for this week’s haftorah, and the amazing fact that it is an entire sefer of its own in Trei Asar, the book of the Twelve Prophets, though it is a one perek sefer, my sense tells me that the name Ovadiah would not be the semi-popular name in Klal Yisrael that it is now.

Who was Ovadiah? Chazal tell us, as brought in the first Rashi, that Ovadiah was a convert to Judaism from the nation of Edom, the descendants of Esav. Actually, he was not only a righteous convert but a person who reached such as to amazing spiritual heights that he become a navi, a prophet in Klal Yisrael!

Rashi wonders about the phenomenon that is Ovadia. He prophesizes just once in Tanach—in our haftorah. HaKadosh Baruch Hu sent him to deliver a message to the nation of Esav, Edom, that because of their spiritual failure as a nation, manifested by their being a thorn and sword in the side of Bnei Yisrael, Hashem was going to punish them.

This is the basic thrust of our haftorah. Ovadiah is a person who came from a wicked nation and grew up in an evil environment, saw the light and came close to Hashem and Torah. This is the type of person who can go out and lecture his former nation about their failings.

As mentioned, sefer Ovadiah is but one perek.

Question: Why did Chazal give Ovadiah, with his one perek-long nevuah, the status of a complete sefer in Trei Asar? It could easily have been a perek in one of the other sefarim? Why have a one chapter sefer?

This question is reminiscent of another similar phenomenon.

Rav Yosef Karo spends an entire siman, an entire section in the Shulchan Aruch (Orach Chaim 300) describing the concept of Melava Malka. Now, it could be because of the length of information the mechaber wanted to discuss. But there is only one se’if, one sub-section, and only one sentence in that section! For those of you who do not know, there are many simanim in the Shulchan Aruch which are very long. Sometimes there are 30-40 different se’ifim, sub-sections, all in one siman. The Shulchan Aruch could have easily put the brief halacha of Melava Malka at the end of the siman about Seudat Shilishis. Yet, despite its brevity, Rav Yosef Karo decided to give Melava Malka its very own siman. Why?

Explains Yalkut Gershuni (brought in Shemiras Shabbos K’Hilchasa, Volume 2, Chapter 63), Rav Karo understood that already in his times, people were not careful iin fulfilling the mitzvah of Melava Malka. It was for this reason that he gave the mitzvah its very own siman in the Shulchan Aruch so it would get “prime-time” attention.

The same can be said about the mitzvah of seudas Rosh Chodesh which also has its own siman (419) and is also a very brief one sentence. Whenever the Shulchan Aruch felt that there was a weakening of a particular important mitzvah, he would give that mitzvah its own siman no matter how short it would be.

In B’Mechitzas Rabeinu, brief Torah thoughts and anecdotes from the life of Rav Yaakov Kamenetzky z”tl, (page 127), Rav Yaakov mentioned a sharp statement (derech tzachus) in relation to this. The pasuk says (Melachim 1, 18:21) “Ad masai atem poschim al shtei hase’ifim, for how long will you jump between two ideas.” In that pasuk Eliyhau HaNavi is criticizing Bnei Yisrael, asking how long they will continue to go from Hashem to worshipping the idol Baal. But, Rav Yaakov says, it can also refer to these two se’ifim, the se’if regarding Melava Malka and the se’if of Seudas Rosh Chodesh. How long will you Jews skip over these two mitzvos which the Shulchan Aruch hoped to focus attention on by giving each one its own siman? 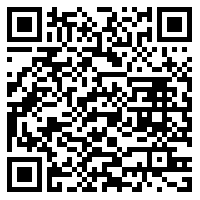