In this week’s parshah the Torah teaches us which animals are kosher to eat and which are not. The Torah states the signs that determine whether an animal is kosher: an animal must have split hooves and chew its cud. Additionally, the Torah says that the pig, although it has split hooves, is not kosher since it does not chew its cud.

The medrash on this pasuk says that the reason that the pig is called “chazir” is because in the future Hashem will return (lehachzir) the pig to Bnei Yisrael and permit it to be eaten. According to many Achronim the medrash is to be taken literally; pig will be kosher in the future. The Rama Mipano (Asarah Mamaros Chikor Hadin 4:13) explains that Hashem will make the pig chew its cud, thereby making it kosher.

There is a similar question discussed by the Achronim that also pertain to this discussion. The Gemara in Menachos 21a says that according to most opinions, cooked blood is permitted min haTorah; it is prohibited, though, mi’derabbanan. The Achronim ask that since the abovementioned Gemara in Bechoros says that anything that comes from something non-kosher is itself prohibited, why is cooked blood not forbidden since it came from blood before it was cooked (which is forbidden min haTorah)? The Chazon Ish (Bechoros, siman 16:13) explains that the halacha that an animal that comes from a non-kosher animal is forbidden to be eaten only applies when an animal is born or when a second product is produced from a non-kosher one. However, when we are dealing with the same item, it is not considered yotzei coming from a non-kosher item; thus it is permitted. Regarding cooked blood, since it is the same item it is not considered coming from the forbidden, uncooked blood; thus it is permitted as well.

Regarding the pig that began chewing its cud, we can extend the answer of the Chazon Ish and explain that the pig was not yotzei from itself when it began to chew its cud – since it is the same item. It will therefore be permitted.

Another answer that I have heard is that the Rambam (Hilchos Machalos Asuros 3:6) says that one who transgresses by eating the product of a non-kosher animal does not receive lashes. Reb Chaim Soloveitchik explains that when something is yotzei from a non-kosher animal it is forbidden. But it does not take on the same prohibition as its producer, instead becoming a new prohibition of yotzei – over which one does not receive lashes. 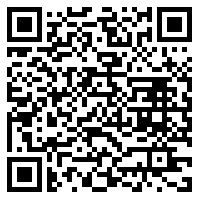