The first encounter of our teacher Moshe with Almighty G-d took place on Mount Sinai. There G-d charged Moshe with the task of leading the Jewish people out of Egyptian bondage, eventually to receive the Torah on that mountain.

The Torah relates the dialogue that took place between G-d and Moshe. G-d commands Moshe to go to Egypt and there to be the spokesperson for the children of Israel. Moshe responds, “Who am I that I should go to Pharaoh and that I should take the children of Israel out of Egypt?” G-d responds, “Because I will be with you – and this is the sign that I have sent you. When you take the people out of Egypt, you will serve G-d on this mountain.”


Despite numerous attempts by Almighty G-d to convince Moshe to accept this charge, Moshe declines, ultimately advancing what appears to be one of the underlying reasons for his refusal: “Please my Lord, I am not a man of words, not since yesterday, nor since the day before yesterday, nor since you first spoke to your servant, for I am heavy of mouth and heavy of speech.”

Our Sages deal with the issue of Moshe’s negative response. How can anyone rebuff Almighty G-d when receiving a directive to perform a task? What motivated Moshe to refuse this mission?

Some say that Moshe’s rebelliousness was actually due to his tremendous love and compassion for the children of Israel. He was concerned that once he came to Egypt, he would be ignored by the Jews and yet Pharaoh might listen to his words. Such a scenario would embarrass the Jewish people.

When looking at the text at face value, however, we cannot escape the fact that Moshe was concerned about his inability to speak correctly. He slurred and stammered and conceivably was concerned that the first impression that he would make on Pharaoh would be embarrassing if not laughable. How can he present himself this way before such a mighty king? The situation would not become better, but worse!

Moshe was the first leader of our people who had a physical handicap – a speech impediment. One he was constantly aware of and that he probably felt self-conscious about.

The Torah tells us clearly, “You shall not curse a deaf person nor place a stumbling block before a blind person.” In each case we must look for the inner good in a person and never judge him by his disability.

These words bring into focus our responsibility to include people with disabilities as part of the Jewish community. Today there are many stumbling blocks that prevent people with disabilities from participating fully in prayer services or in Jewish education. Many of our shuls and Day Schools do not have provisions for handicap access. Often these individuals cannot ascend to the bimah, get an aliyah, or even enter the synagogue itself. Additionally, some people are hesitant to invite them to their homes on Shabbat because they feel uncomfortable in their presence.

It is important to keep in mind that handicapped people do not want to be pitied or treated as charity cases. All they want is to be accepted as full members of the synagogue or the school. To be acknowledged as people who daily face challenges in their lives, just as everyone does. They want our help, not our pity.

Schools and synagogues must be sensitive to these issues and to the feelings of individuals with disabilities if they wish to set the proper example.

My brother Rav Avi once quipped to me: Perhaps this is the reason that the access to the altar that stood in the Holy Temple in Jerusalem was a slope and not stairs. Possibly the Torah wanted to stress the point that accessibility to the holy must be made available to all; for ultimately, all people should have the right and ability to ascend to holiness.

And we must always remember that some of the greatest minds in our history, including our renowned and supreme teacher, Moshe, had disabilities. 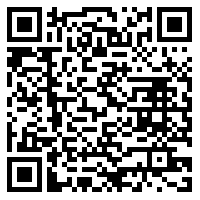