My guest on today’s show in Vijeta Uniyal founder and President of Indians4Israel a pioneer organization in fostering and enhancing relations between the nations of Israel and India. He is based in Germany from where he writes and oversees an international movement of support for Israel from the diaspora and within India. He recently spoke at a gathering of 70,000 people at Kalkuta where he called on the government of India to relocate the embassy to Jerusalem the capital of Israel. Although we have been in contact for years via social media, I had the first opportunity to meet him face to face at a conference in Jerusalem last week. Check out his group here https://www.facebook.com/Indians4Israel/

Next guest will be Band Digger and Almost Jewish Zionist, Virag Gulyas an Hungarian woman who is based in New York City from where she actively shakes up the pro Israel scene. After recently attending the AIPAC summit for the first time she published a detailed blog on Isreallycool.com
Not wanting to be offensive, but, also wanting the Zionist movement to be effective Virag offers very valuable constructive criticism. She asks why the Hasbara message is totally aimed at one very small segment of society, namely American Jews? There are many other audiences who need to be addressed and spoken with. She herself has been spending a lot of time at UN headquarters in NYC and engaging with women from Muslim countries who have never heard directly from a pro Israel speaker. See her latest blog post https://www.israellycool.com/2018/03/19/israels-pr-sucks/


Later in the show I will be speaking with Ben Shahin who is founder of Allyus.org a new social media polling platform. I met Ben last week while a hosted a tour in the Barkan Industrial Park for participants of a York Entrepreneurship Development Institute (YEDI) program in Israel. Ben will share with us why he developed this new platform and how it works. I think that its an amazing idea and I have already signed up and launched a poll. For more information check out this video https://youtu.be/-2hpbirMdSo and sign up at Allyus.org

A Hebrew In The Heartland 20March2018 – PODCAST 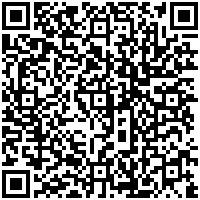