Man Vs. G-d.
Since the times of Noah’s ark, Man, under the guidance of King Nimrod, united together to build a tower that would reach the Heavens, where they ridiculously planned planned to de-throne G-d and instead become the Masters of their own Destiney! History and the Bible call this the Tower of Babel. Tamar talks about the Tower of Babel and how it is still with us today under a new name: The New World Order!
Listen to this fascinating show as Tamar explains why our leaders do the dastardly things they do, and why in the end, they will lose out to G-d, and He will ultimately win.

Also, Shifra Hoffman of www.VictimsOfArabTerror.org
and www.Shuva.net joins Tamar to talk about Germany, Settlements, and Aliyah. 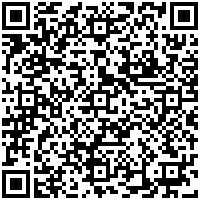