Last week, ‘witches’ across the USA cast a CURSE on US President Donald Trump on Friday night, Feb. 24th, under a crescent moon opposite Trump Tower. News reports say a curse, or a “binding spell” against Trump and all those who support him, was made in order to remove him from office and prevent him from governing by impeachment, or ….some other way, and they plan to continue these curse-gatherings against Trump and his supporters every month under the crescent moon until President Trump is driven from office.

The Questions we ask on this show are:


Do witches really exist today?
Do curses have any real power?

Guest, Dr. Mordechai Ben-Menachem, a researcher, former Engineering Lecturer at Ben Gurion University, and author of close to-50 books & has written close to 400 research papers. He is probably most known in the non-academic field for authoring the book ‘Muslim Winter’ as opposed to the Arab Spring. He’s also written a book on magic, called ‘Confusion of the Gryphon’ and he is writing another book dealing with magic called, “”Out of the Black”. Dr. Mordechai Ben Menachem comments on this latest ‘Trump Cursing’ story coming out of the USA, complete with witches from all over the USA to put a hex, or a curse, on US president Donald Trump. He gives a background on what Judaism has to say about witches & curses.

Also talked about is the ancient *’Pulsa DiNura’ ceremony and ‘Ayin Harah’, or the ‘Evil Eye’. Do curses still carry the same weight today as they did in the times of the Bible? And following that, do these witches curses that we are all laughing about carry ANY weight at all?

Hakhel Letter From The Rebbe 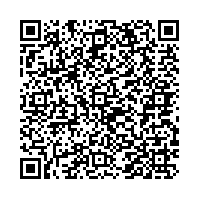