Then, Yishai is joined in-studio by Erez Tadmor, associate editor at Mida magazine and co-founder of “Im Tirtzu,” an organization that fights anti-Zionism on Israeli campuses. As the head of the “message” team for the Netanyahu campaign, which yielded a whopping 30 seats for the Likud, he explains what Israelis want to hear, and how Netanyahu beat an international consortium against him. 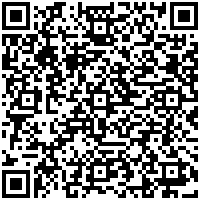