Eitam Henkin, an officer in the elite Sayeret Matkal commando unit of the IDF, had no chance when a burst of gunfire slammed into his car from two different firearms on Thursday night. He and his wife Na’ama were killed within seconds before the horrified eyes of their four young children.

The lethal drive-by terror attack that killed the two Israeli parents took place shortly before 9 pm on the road between the Jewish communities of Itamar and Elon Moreh in Samaria, the IDF said.


At least two terrorists targeted the vehicle as the Henkins drove past the Arab village of Beit Furik. The couple, both in their thirties, lived with their children in the Jewish community of Neria, north of Ramallah, in Samaria.

Medics who arrived at the scene said they were forced to declare both the father and mother dead when they found no vital signs in either body. Both bore multiple gunshot wounds in the torso.

Military sources said bullets were found at the scene from two different firearms, a rifle and a handgun.

Their four children were rescued from the vehicle and taken to the Itamar Junction where they received initial treatment from Magen David Adom (MDA) medical personnel.

The 4-month-old baby, and four-year-old, seven-year-old and nine-year-old boys, were taken with light injuries to a nearby medical center for further treatment.

IDF Spokesman Lt.-Col. Peter Lerner said, “Gunshots fired at a civilian vehicle, slaughtered two parents in front of their children. The IDF is operating to pursue and locate those responsible for this ruthless, heinous barbaric attack.”

The route between the communities of Itamar and Elon Moreh was closed off for the time being, the IDF Spokesperson’s Unit added.

One of the first to arrive on the scene, MDA paramedic Boaz Malka said, “It was a very difficult scene. We saw a vehicle in the middle of the road, and a man in his thirties lying next to it with wounds in his upper torso. Inside the car sat a woman in her thirties, also with severe wounds to her upper torso. They were without any signs of life, and unfortunately we were forced to pronounce them dead on the spot.”

IDF soldiers fanned out across the area to search for the murderers.

The attack took place barely 24 hours after Palestinian Authority leader Mahmoud Abbas announced from the podium of the United Nations General Assembly that his entity had renounced the internationally-recognized 1994 Oslo Accords.

Abbas declared the PA no longer considers itself obligated to meet its responsibilities under the agreement it signed with Israel at that time.

Education Minister and Bayit Yehudi party chairman Naftali Bennett issued a statement following the attack, saying the PA leader’s “call to arms was taken up tonight in Israel, and it is red with blood. A people whose leaders encourage murder will never have a state,” Bennett vowed, adding, “This must be made clear. Now the time of talking is done and the time for action has come.”

In the hour before the attack, Israel’s Prime Minister Binyamin Netanyahu stood before the UN General Assembly and slammed the incessant incitement and propaganda used by the Abbas government to whip up the Palestinian street. 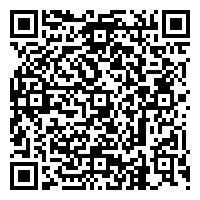