Israeli security personnel tracked down and caught 21 Arab fugitives in various locations across Judea and Samaria late Monday night and into Tuesday morning. Participating in the operation were personnel from the IDF, Border Guard Police and Judea and Samaria District Police.

Four of the suspects were members of Hamas, who were captured in Hebron.

Two Hamas operatives were caught in Samaria, both in suburbs of the Palestinian Authority city of Tulkarem.

In Judea, five suspects were taken into custody in the village of Daheishe, south of Bethlehem, along the road that was the old Route 60.

In Samaria, suspects were also arrested in the PA capital city of Ramallah, as well as Kalkilya, A-Luban and Dir Abu Mashala, all of which are north of Ramallah.

A total of 21 suspects were arrested overnight, including 16 who were taken into custody on suspicion of participating in violence targeting Israelis. All suspects were transferred to the Israel Security Agency (Shin Bet) for further questioning. 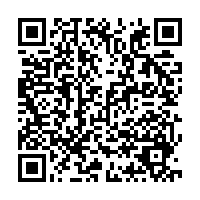