In the midst of renewed Israeli-Palestinian conflict negotiations, Palestinian Authority President Mahmoud Abbas awarded $6,000 to the Dalal Group for Popular Arts, a dance troupe named after Dalal Mughrabi, a Palestinian terrorist who was behind a bus attack in which 37 Israeli civilians died, Palestinian Media Watch reported.

The official Palestinian Authority newspaper, Al-Hayat Al-Jadida, reported on Abbas’s “Presidential Grant” to the dance group last month. Additionally, “The Lion Cubs and Flowers,” a youth group for boys and girls run by Abbas’s Fatah party, named a class after Mughrabi. Twelve of the 37 Israelis who died in the 1978 bus attack orchestrated by Mughrabi were children. 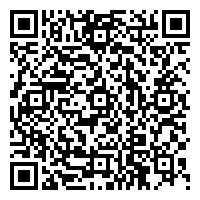