An alleged former medic at Auschwitz was arrested in Germany on accusations that he was an accessory to murder.

The name of the 93-year-old man was not released in accordance with German privacy laws. He is accused of serving as a medic at the concentration camp in September 1944. Eight transports arrived at Auschwitz during that time, and 1,721 people were murdered after being labeled unfit to work, according to Der Spiegel.


Stefan Urbanek, a spokesman for the state prosecutor in Mecklenburg-Western Pomerania, in northeast Germany, told reporters that the accused has not denied being at Auschwitz, but he “said that he had had no idea about the purpose of the camp” at the time.

Court doctors have determined that the man is well enough to stand trial and serve jail time.

World Jewish Congress President Ronald Lauder praised German authorities for making the arrest, noting that such prosecutions nearly 70 years after the liberation of Auschwitz “sends a clear message that justice must be done, no matter how late the hour. There cannot be a statute of limitation for crimes against humanity, and mass murderers must continue to live in fear of the long arm of the law.”

Clues leading to about 30 suspects last fall came from the Central Office for the Investigation of National Socialist Crimes in Ludwigsburg, which made a major push to identify former death camp guards after the conviction of John Demjanjuk in 2011 for his role in the murders of nearly 30,000 Jews in the Sobibor death camp in Poland.

The Demjanjuk case set a precedent that serving as a guard at a death camp was sufficient to prove complicity in murder. 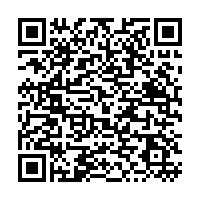