Minister of Information and Diaspora. Yuli Edelstein, during an appearance at the town of P’sagot in the Benjamin Region Thursday night, took a stab at explaining why it was crucial for his audience—all settlers—to vote Likud-Beitenu on January 22, Makor Rishon reported on Friday.

According to one of the participants, Edelstein’s “explanation” could be understood as implying that, should support for Likud-Beitenu in the Judea and Samaria settlements be weak, this would result in reduced government investment in there area.


The day before, Edelstein appeared in the town of Kdumim alongside religious candidates from opposing parties, including Jewish Home. The head of the religious office in Likud campaign, Zeev Elkin, has also been touring the stronghold institutions of Religious Zionism, and yet the Likud-Beitenu has been unable to slow down the hemorrhaging of right wing votes to Naftali Bennett.

The country’s front runner party apparatus is most enraged with registered members who they claim are not voting Likud in the general elections.

The facts dispute that accusation. Ahead of the 2009 elections, the settlers also heard these nasty accusations coming out of the Likud, that the settlers were infiltrating the Likud, but planning to vote for other parties.

And despite the accusations, in the 2009 elections, the Likud received 28% of the settler vote, more than any other party, and more than twice the amount they received from the settlers in the 2006 elections (only 13%). In Ariel, a full 45% of the vote went to Likud.

Recently, during a visit of the prime minister and his entourage in the town of Rechelim, the Likud Judea and Samaria slot candidate Yehuda Glick approached Culture and Sports Minister Limor Livnat to thank her for her contribution to the settlement movement – only to receive her bitter response: It’s a pity your gratitude didn’t show at the primaries.

Those ministers and MKs who had been pushed down the list in the primaries, are already arguing that the vote does not really reflect the authentic “map” of Likud voters—having been infiltrated by an abundance of religious Zionists who registered only to push their own people, most notable Moshe Feiglin—but plan to vote for Bennett in the general elections.

They aren’t considering the possibility that their views are simply no longer part of the mainstream.

The disappointed members on the party’s left wing are saying Netanyahu should not pay attention to any elected MK’s spot on the list when choosing his ministers, because the vote had been rigged by religious “invaders.” And, obviously, the smaller the Likud-Beitenu’s score turns out to be, the fewer the ministerial portfolios available for Likud delegates.

MK Yariv Levin, who met this week with residents of Judea and Samaria, salso spoke about the Likud’s deep anxiety about the vote flow to Bennett.

These raw threats are unprecedented in the discourse within Israel’s right-wing, where at least the pretense of caring for the well being of the settlements has been part of the bread and butter of every single party — including those, like Likud and Israel Beitenu, which have committed to some form of a two-state solution.

The open threats against the settler community is the direct result of its recent rejection of the Likud in favor of one of their own, in part as a result of Netanyahu’s attack on Naftali Bennett’s statement against expelling Jews, as well as because of the rumors coming out of the Likud, that the Jewish Home party won’t be part of the coalition.

MK Ofir Akunis, who holds the number 2 position in the campaign information office, has actually said for the record: “I expect all the Likud registered members, in Judea and Samaraia and in the rest of the country, to vote “Machal” (the likud ticket at the polls). Registration is not done only to influence the list during the primaries. Anyone who registered in Likud must be honest with themselves and vote Likud at the general elections.” 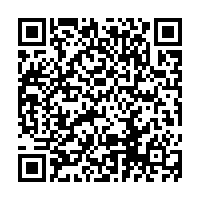