Once again painstaking work done by supporters of Israel reveal that public universities are paying to support, encourage and promote terrorists by faculty or students of American universities. This time what it means is that American taxpayers are paying for radical professors to travel to the Middle East in order to show solidarity with and support people who promote the murder of Americans and Israelis.

The scam this time went like this: a professor of Ethnic Studies at San Francisco State University, Prof. Rabab Abdulhadi submitted a series of documents for SFSU administrators to sign so that she could get funding to attend an academic conference in Lebanon, to “conduct research,” and to meet with “potential collaborators towards [establishing a] memorandum of understanding with San Francisco State University” in Jordan and the West Bank.


After her trip and the funding was approved, Abdulhadi sent a memo stating that “her name was dropped from the academic conference.”

But Abdulhadi went on the pre-approved and publicly funded trip anyway, with the $7000 she was given by SFSU for her “academic” trip.

And then, not only did Abdulhadi not obtain academic enrichment from attendance at an academic conference, she instead used the money to meet with and show solidarity with various known terrorists in order to support those terrorists by establishing “working relationships” with Palestinian Arab activists “engaged in BDS and other efforts against the occupation.” This astounding information was not obtained through clandestine espionage. Tammi Rossman-Benjamin and her colleagues at the AMCHA Initiative, along with several other pro-Israel groups, simply read public documentation of  the funding provided to those who went on the trip with Abdulhadi. Those faculty members proudly bragged on public websites about their activities in furthering the delegitimization of Israel – paid for with taxpayer money. The fact that the trip was paid and signed for by SFSU officials was easily revealed through a California Public Information Act Request.

For example, in an event on March 6, 2014 that was advertised on the SFSU Ethnic Studies website, Prof. Abdulhadi and two other members of the “Academic and Labor Delegation to Palestine 2014” — SFSU Ethnic Studies Professor Joanne Barker and Abdulhadi’s husband Jaime Veve — discussed their trip to “the West Bank and the 1948 areas of Palestine [sic, i.e. Israel].”

In her presentation at the March 6 event, Abdulhadi called the trip to Jordan, the West Bank, and Israel, which she had led, a “political solidarity tour,” and she went on to say: “This was not ‘solidarity light,’ this was not ‘pre-Solidarity 101’.”

Prof. Barker, in her blog documenting the trip, corroborated Abdulhadi’s statement, writing that the delegation “established working relationships and furthered their solidarities with Palestinian scholars, artists, and activists engaged in BDS and other efforts against the occupation.”  The event announcement also confirmed that the purpose of Abdulhadi’s University-funded trip was not to engage in University-related business but rather to pursue her own personal political goals: to promote “resolute actions in support of the academic and cultural boycott of Israel.”

Why Abdulhadi was not required to provide documentation that the funds disbursed by the university – public funds consisting of taxpayer money – were used in accordance with the funding request is unknown. Or if, perhaps, there was documentation after the trip that was provided by Abdulhadi to SFSU, and if it did not accurately reflect the manner in which the money was used, Abdulhadi must reimburse the community funds.

For example, did the documentation reveal that the SFSU employees met with people who are known terrorists, including ones who are members of organizations on the U.S. list of foreign terrorist organizations? 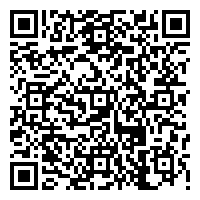