On December 12, a PA Arab began attacking Jews near the Gush Etzion tunnels, throwing chemicals onto a family in a car, into the face of a Jewish hitchhiker, and then trying to stab people with a screwdriver.

The terrorist was neutralized by a bystander, M. who was driving home when the attack happened.


M. (24) described to Israeli site, Walla, how he stopped the terrorist in Gush Etzion.

M. a lifelong resident of the Gush was waiting at the traffic light near El Hadr when he saw the Arab terrorist running towards him holding a screwdriver.

He heard people screaming to stop him, and he quickly realized what was going on.

M. drove his car forward and clipped the terrorist, the terrorist fell, but he quickly got up and continued to run.

M.then got out of his car, pulled his gun and shot the terrorist twice.

Four Border Policeman then ran up, reached the terrorist and arrested him, at which point the terrorist was transported to the hospital.

After the event was over, M. says he was concerned about what just happened, what he did and if he would get in trouble because of it, but the police at the scene calmed him down and told him he did exactly what he should have done. 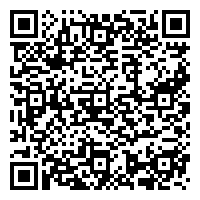