According to the website Ladaat, there is a concern that Iranian Jews who were circumcised in the city of Shiraz may not be properly circumcised according to Halacha, and may need to undergo a corrective procedure.

This alarming revelation is based on testimony by one Shiraz-born Jewish man, who is 56 today and goes by the name of Motti. In a get-together marking the month of Elul—a time of contemplation and repentance—which included Rabbi Yaron Amit of the Brit Yosef Yitzchak organization, the rabbi shared that there is a growing phenomenon of adult, observant Jews whose circumcision was not done in keeping with Jewish Law.


It turns out that there exists a less invasive method of circumcision, which does not fully remove the foreskin, and so, according to the law, despite the pain the subject of circumcision endures in the process, in the end he is not considered to be circumcised.

Motti, for reasons he does not share in the video, decided to go and be checked by Brit Yosef Yitzchak, and, just as he had suspected, his brit milah required some corrective surgery, which was performed on the spot.

Motti was circumcised at the age of 8 days, like every newborn Jewish baby, but the mohel-ritual circumciser did not finish the job.

According to the website, there has been a similar phenomenon in northern Israel a while back, and some children also required corrective surgery to complete their circumcision.

In Motti’s case the suspects are a father and son team of mohels who worked for years in Shiraz. If this is true, and Motti’s botched circumcision was not the exception, but merely one sample of the Shiraz “style” of circumcision, it could mean that a large number of men in their fifties and sixties from that city may require an examination.

This is why Motti has gone to the trouble of shooting a video—in Hebrew—to alert his former neighbors to the possibility of the need for a recall.

This reporter inquired with immigrants from Iran, and it appears that the general impression of the Shiraz community is that it is more machmir-stringentin than many in their religious practice, and so the problem with the brit could not have stemmed from rejection of the custom. 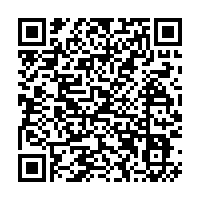