It’s what they do: overnight a home belonging to a member of the Dawabsheh clan in the Duma village south of Shechem in Samaria was set on fire. Ma’an reported that two Molotov cocktails were thrown at the house and its second floor caught fire. The house sustained heavy damages but no one was hurt.

There was a feeble attempt on the part of the PA Arabs to blame the “settlers” for the arson (the Ma’an headline ran: “Settlers burn a house in Douma, south of Nablus”), but a preliminary investigation showed it was a villager-on-villager arson, which is how most arson cases in Duma get started. Over the past year and a half there have been at least six arson cases in Duma, because arson is how the local clan, the Dawabshehs, are known to settle their internal accounts.

Speaking of which, the much celebrated Duma arson case is reaching its first anniversary in 11 days, on July 31, and the security apparatus is yet to submit convincing charges to the courts, especially since their version and the descriptions of local Arabs of what took place that night do not match. And while it is true that three members of a Dawabsheh family, including a baby, lost their lives in the fire that night, the prosecution appears reluctant to proceed with the case against Amiram Ben-Uliel and a minor. Ben-Uliel has retracted his confession, saying it had been extracted under torture — which it was, according to Shabak reports, with the blessings of then AG Yehuda Weinstein.

Arab activist Ghassan Douglas, who is in charge of monitoring settlement activities in Judea and Samaria, informed Ma’an it was the settlers who threw those Molotov cocktails Tuesday night—which is par for the course for this PA official. According to Douglas, it had to be the “settlers,” since the owner of the house “felt strange movement around the house”—so that proves it, and also the materials used were highly flammable—must be the Jews, and, most emphatically, as Ma’an put it in simple language: “The Israeli government released 15 settlers out of 17 of the defendants [in the Duma case] to carry out acts of terrorism against citizens in the West Bank.” Case closed…

The IDF initially suggested last night’s fire started due to faulty wiring, but as of Wednesday morning all sides agree it was the Dawabsheh folks settling accounts in their favorite fashion. 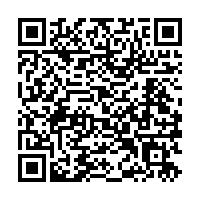