The religious town of Nof Ayalon became steeped in mourning on Friday, following the announcement of the tragic death of Cpl. Natanel Yahalomi, an Artillery Corp soldier killed in a fire exchange with terrorists at the Egyptian border.

Yahalomi, 20, who was recruited as a student of the Hesder yeshiva in Ma’alot last March, was buried Saturday night in the military cemetery in Modi’in.


His sister, Avital Yahalomi, told Channel 10 News that Natanel was scheduled to come home for the Sukkot holiday next week. “We’ve waited so much for this holiday. It was also our dad’s birthday. It hurts so much that the Creator of the world took him during the holiday season, of all times.”

She added that her brother was assigned to the artillery corps, but was fighting to be taken into a combat unit. He wanted to go into the infantry, to contribute as much as possible.”

Avital shared that “We knew Natanel was serving at a difficult area, but he wouldn’t tell us where exactly. He maintained secrecy, he was an exemplary soldier. We’re still in great shock.”

His father said over Natanel’s grave: “More than 20 years ago we had a baby. We picked the name Netanel (Hebrew: God-given) because we felt that God gave us a gift. We received a wonderful gift which we now return to the Creator of the world. We pray and beg that you will be the last of the fallen in the nation of Israel.”

The IDF Spokesman’s Office reported on Friday that Cpl. Natanel Yahalomi was killed and another soldier was moderately injured, as IDF forces prevented a large-scale terror attack on the Israeli-Egyptian border.

The terrorists opened fire on IDF soldiers as the soldiers performed routine activity to secure the construction of the fence along the Israel-Egypt border. At least one of the terrorists was armed with an explosive belt. The IDF force returned fire, and an additional IDF force patrolling nearby identified the three terrorists and also opened fire, killing all three.

The incident took place near the border fence in the Har Harif area. This is an area in which the construction of the fence has not been completed. 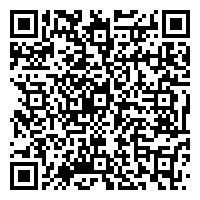