On one of Jerusalem’s busy roads, Beit Lechem, there is a huge public response to the purported decision by incoming U.S. President Donald J. Trump to move the U.S. Embassy from Tel Aviv to Jerusalem.

The Jerusalem Embassy Act, passed by the U.S. Congress in 1995, states that Jerusalem should remain a united city, that it should be recognized as the capital of the State of Israel and that the U.S. Embassy should be moved there from Tel Aviv.

Every U.S. President has signed the waiver contained in the law which extends by an additional six months the time by which the embassy must be moved.

President Trump and several insiders close to him, including David M. Friedman, the man nominated to become the new U.S. Ambassador to Israel, have stated that under this president the embassy will be moved to Jerusalem.

It is unclear where, exactly, the Obama administration considered Israel’s capital to be – there were no public declarations that Tel Aviv was considered Israel’s capital. And, of course, President Obama and his State Department made it clear in the recent past that not only did they not consider Jerusalem to be the capital of Israel, they did not even consider Jerusalem to be part of Israel.

An enterprising Jerusalem builder has made his glee public about the stated policy of the incoming U.S. administration. 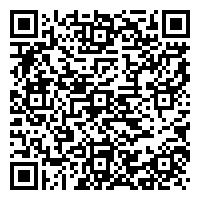