(JNi.media) A post war legend has now become a reality. The death bed confessions of a former Nazi soldier revealed the whereabouts of the “Nazi train” which remained hidden for decades in tunnels in Poland and is thought to contain gold, art and other valuables. The former solder, who was said to have participated in burying the train 70 years ago, gave directions to finding the 100-meter, armored train near Walbrzych, close to the Wroclaw-Walbryzch line (Now part of Poland, in 1945 Walbrzych was the German city of Waldenberg). Acting on the information provided by the former soldier, a Polish and German man set out to find the train and negotiated with the Polish government for a 10% finders’ fee. Attorneys for the two men approached Polish officials, and through radar of the area, it was confirmed with 99% certainty that there was a train buried in that location.

Poland’s deputy culture minister, Piotr Zuchowsky, said at a press conference, according to the Guardian, “I am 99% sure the train exists.” The fact that the train is heavily armored indicates that it likely contains extremely valuable items, but it is believed that the train is booby trapped and may also contain hazardous methane gas from having been underground so long. The train may contain 300 tons of weapons, valuables and art. It was lost when the Germans were fleeing the advance of the Red Army. Walbryzch, in the Owl mountainous, became the site of various tunnels built by slave labor and used by the Nazis to smuggle and hide valuables. The Owl mountains became the venue for the unfinished project of transporting valuables, and the project was called “Riese,” or Giant. While it is clear that the find is most likely the missing Nazi gold train, this cannot be confirmed until the train is actually recovered from underground. There are no documents discussing the existence of the train, and its history has been transmitted mainly by word of mouth.


There have been stories about the train since the end of the Second World War, but many were assigned the status of popular legends. There were people who sought the train in vain, and many attempted but had given up on finding it. Now that it is likely the train has been located, there is concern about looters coming to grab some booty, and the Polish government has issued warnings to prospective thieves that they could encounter explosives or harmful methane fumes. For obvious reasons, Polish officials have not disclosed the exact location of the train. It is said that military officials are figuring out how to defuse the hidden explosives on board and around the train, so they can approach it safely.

Locating the fabled Nazi gold train might just be a first step to recovering other trains filled with looted gold, silver and treasures the Nazis stole from their victims. “There is a story that there were three trains which came into town and have never been found,” Magdalena Woch, Director of Culture at the Ksiaz Castle told the Telegraph. “The gold may not be on the train that has been found, but in one of the better secured military trains. It is possible there are more trains in Walbryzch. There are discrepancies between maps of the area from the 1920s and the 1940s, which suggests there are tunnels under the town which have never been found. Up to 1947, the Soviets were here, and we do not know what they found.” In 1945, the Nazis were preparing Ksiaz castle for the arrival of Hitler and were constructing a bunker complex, when the Red Army approached. Lukasz Kazek, local politician and tour guide, said the Nazis did not abandon the project, but left the trains in the tunnels because they felt they would be able to prevail against the Soviet army and return to recover the valuables. 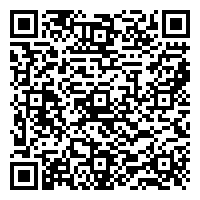