Aliyah from the Ukraine increased 11 percent this year compared with 2014, according to end-of–year statistics compiled by the Ministry of Absorption.


The International Fellowship of Christians and Jews, which has been offering cash payments to Jewish refugees from the Ukraine since last year, helped approximately 2,000 new immigrants move to Israel (olim). An additional IFCJ flight is scheduled to land at Ben Gurion Airport next week with 2543 new olim.

The total number of Olim from the Ukraine of 2015, as of mid-December, is 6,953, compared to 5,921 the year before. The biggest increase was in  January, February and March.

President of the IFCJ, Rabbi Yechiel Eckstein, added, “The fact that the number of Olim has increased, proves that the assumption about the demise of the traditional Aliyah is unfounded and that by using the right methods the number of Olim can increase even more next year.”

The statement was a barb at the Jewish Agency, which complained last March that the IFCJ’s program actually  is harming Aliyah:

The Agency said at the time:

Is the IFCJ prepared to offer cash to all immigrants from Ukraine, including the overwhelming majority who choose not to travel to Israel with them? Would the individuals they’ve managed to draw to their flights be quite as willing to forgo the Jewish Agency’s vital assistance if money weren’t a factor?

There’s something rather absurd about offering someone financial inducements to make a certain choice and then celebrating that choice as though it was made independently, without any connection to the monetary incentive. 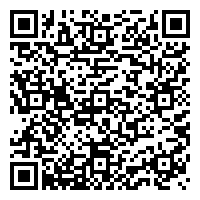