The second man to serve as Israel’s chief military rabbi, has passed away at the age of 93. Former IDF Chief Rabbi Maj.-Gen. Mordechai Piron succeeded Rabbi Shlomo Goren in the position which he created upon the establishment of the State of Israel in 1948.

Born Egon Pisk, an only child to his parents in Vienna, Austria in 1921, Rabbi Piron came with the Youth Aliyah movement to Palestine on October 28, 1938 and joined its agricultural school, Mikveh Yisrael. Eighteen months later he enrolled in Yeshivat Merkaz HaRav Kook and studied under Rabbi Zvi Yehuda Kook, later settling in Jerusalem after marrying his wife Ahuva Gardi in 1946, and gaining ordination as rabbi in 1952.

Rabbi Piron enlisted in the Israel Defense Forces in 1948 and later served as IDF chief rabbi from 1969 to 1980 with the rank of general. Upon his retirement he relocated to Zurich to serve as rabbi of the largest Jewish congregation in Switzerland until 1992.

The rabbi will be laid to rest this afternoon, (Jerusalem Day) at the Har HaMenuchot cemetery in Jerusalem. 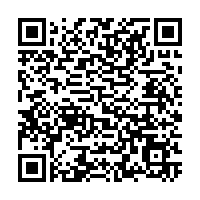