A group called Combatants for Peace, in cooperation with the “Standing Together” initiative (not this Standing Together, but a different group which is occupying the same name), plans to gather hundreds of Jews and Arabs to “demonstrate together at the Freedom March on Friday, September 2, at 1:30 PM, by the tunnel checkpoint” in Gush Etzion, to protest Israeli administrative detentions without trial and in solidarity with hunger strikers (suspected terrorists and affiliates).

The Freedom March will begin at the Battir village roundabout adjacent to Route 60, and proceed to the tunnel checkpoint “separating Bethlehem from Jerusalem”.

The section of Route 60 known as the Tunnel Road, built by Israel, is a stretch of a little under 1.5 miles, the road crosses the Refa’im range and the Beit Gilo range in two tunnels, one 300 yards, the other 1,000 yards, connected with a large bridge over the Gilo River valley.

Israel began building the bridge and tunnels in 1992 and the stretch was inaugurated on September 2, 1996. There’s a 20 year anniversary coming up in a few days.

It is now the main highway that connects Jerusalem and western Gush Etzion, and was built, in part, to relieve the pressure from the old, scenic Walleja road which wasn’t designed for the volume of traffic that exists in Gush Etzion, and as one of the bypass roads that were built after the Oslo accords were signed.

The unique stretch of this tunnel road allows a few dozen (the organizers will never attract hundreds) protesters to block traffic travelling between Jerusalem and Gush Etzion on Erev Shabbat, as they did back in July, when a group of “former” Arab terrorists and their leftwing Israeli enablers held a protest and for a short time blocked Highway 60, holding up signs saying “The wall is violent,” which, by the way, the year 2006 called and wanted back.

The problem is that these protests are done with approval from the IDF, and so, as long as the protesters are not using violence and stay on the side of the road (which they obviously didn’t do last time) no one cares. But when they block the road, motorists are forced to stay in their cars in an ever burgeoning traffic jam, and wait for someone in authority to come open up the highway.

With Shabbat candle lighting time starting to drop below 7 PM, in a few weeks such protests could pose an enormous inconvenience for hundreds, if not thousands of local residents and visitors.

JewishPress.com inquired with the organizers via email if they invited participants from Judea and Samaria who have protested against administrative detentions and restraining orders against Jews. They responded that “anyone who supports human rights and an end to the occupation is more than welcome.”

So much for cooperation and intersectionality between the downtrodden.

So, if you live in Gush Etzion and plan a trip to Jerusalem Friday — maybe you should stay home and clean up before Shabbat. 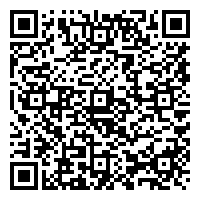